A THERMAL BRONZE FRAME THAT BECOMES “SCULPTURE IN MOVEMENT”

Six doors, connected and coordinated, that move together to create a multiple, automated thermally broken bronze door. It is a special, made-to-measure application, designed and manufactured by Brombal to satisfy the architectural needs of a client for a home with a view on Rose Bay in Sidney, Australia. The frame with multiple, automated pivoting doors has left the Brombal plant three weeks ago and it is the successful experiment of a new kind of frame. The novelty consists of the creation of a system of doors that can be moved independently, but at the same time, are an integral part of one system. The automated opening and closing of the single units is remote-controlled via tablet in total freedom: the doors can be manoeuvred both independently and in groups of two, three, four, five or all six together. 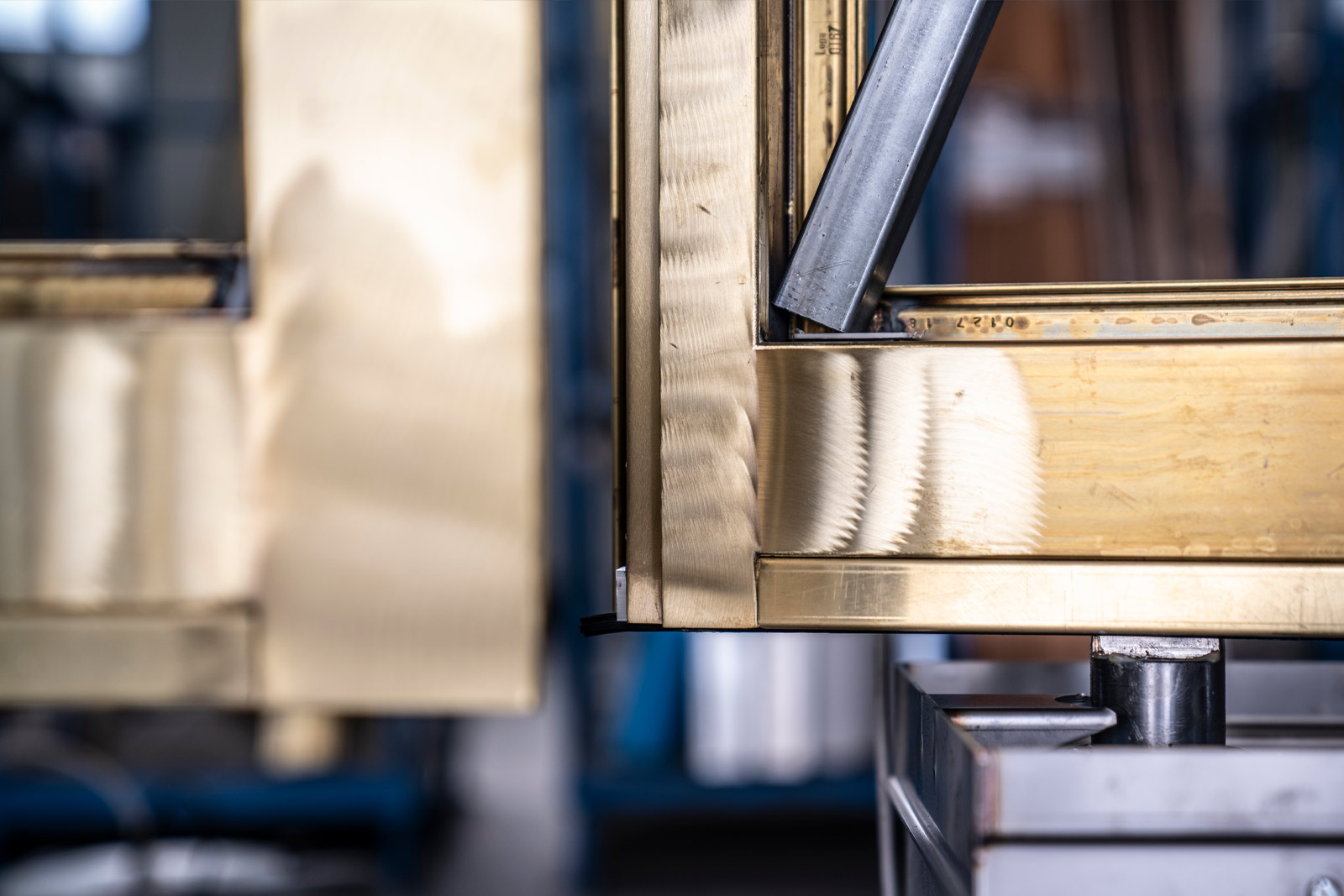 The initial design did not involve motorizing the frame, but then it was implemented and it improved the functionality and usability of the system. However, the most interesting aspect is the aesthetic result. The Pivot system applied to more than one door makes the opening and closing of the fixture “a creative feat” which generates spectacular effects. On the one hand, when closing them, the doors close onto each other, on the other hand, when they are opened simultaneously, they enhance the view of the landscape because only light perpendicular lines composed of the doors are visible. Brombal followed this project from the beginning with a team coordinated by project manager Daniele Valente, civil engineer with more than 5 years experience in Brombal. 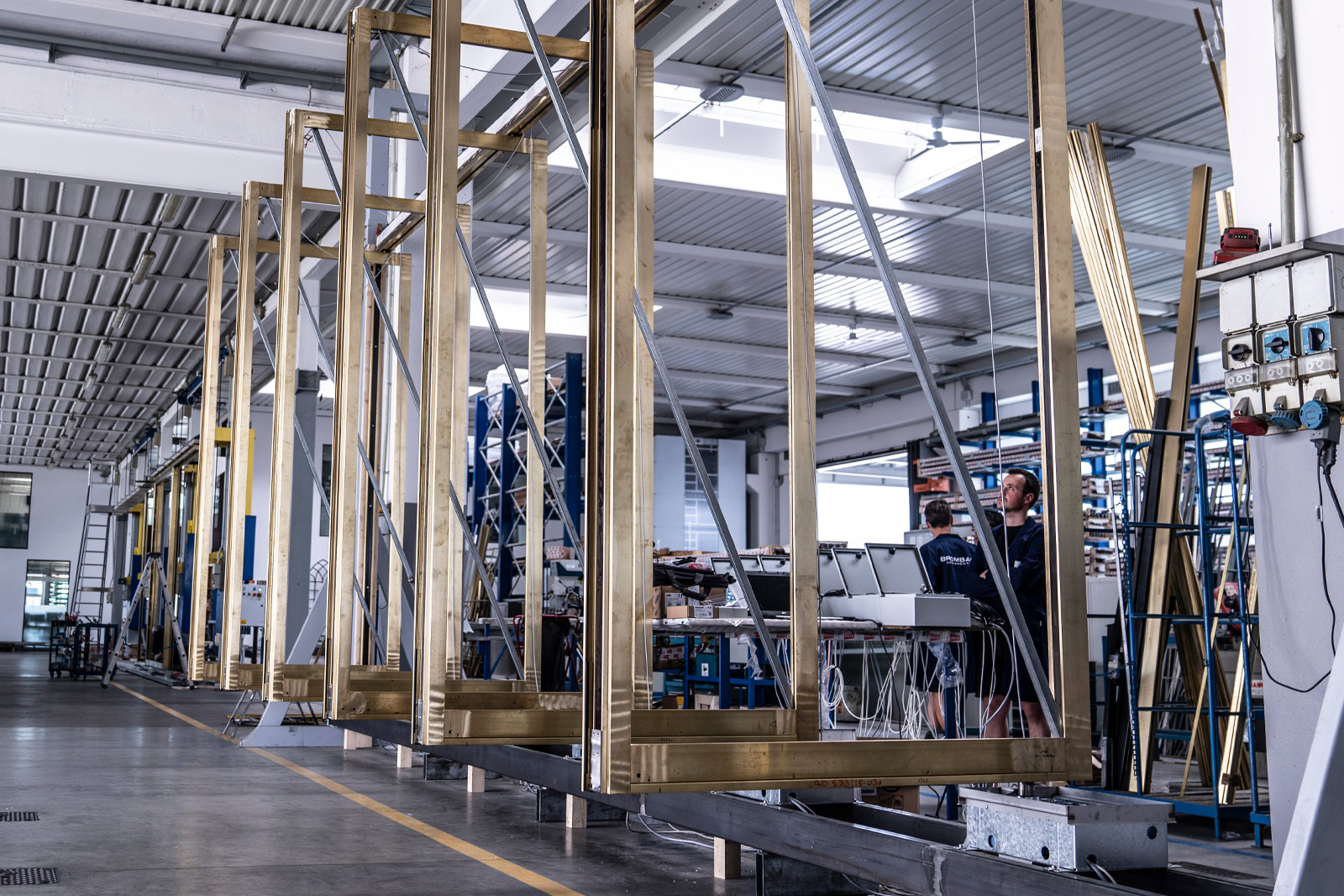 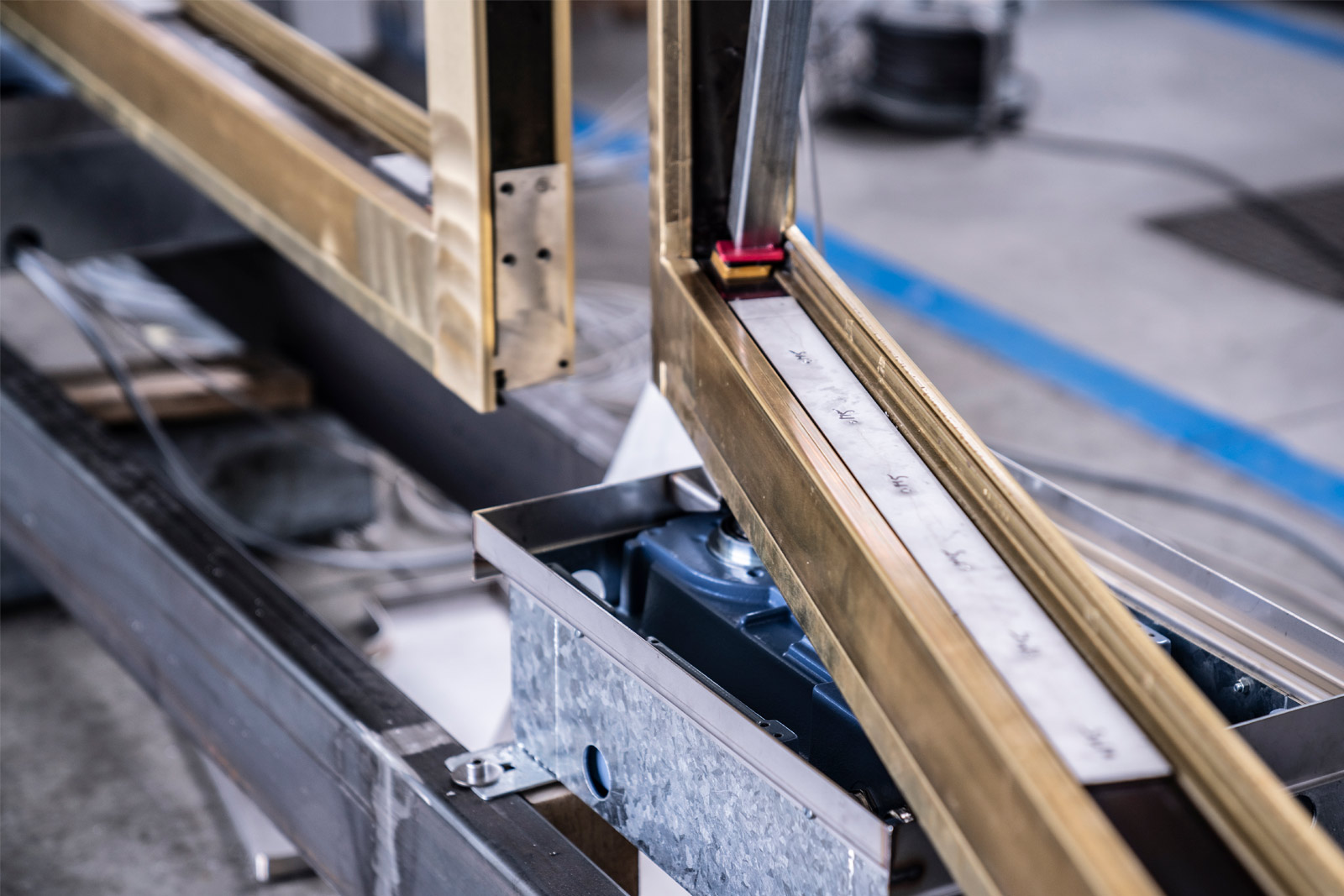 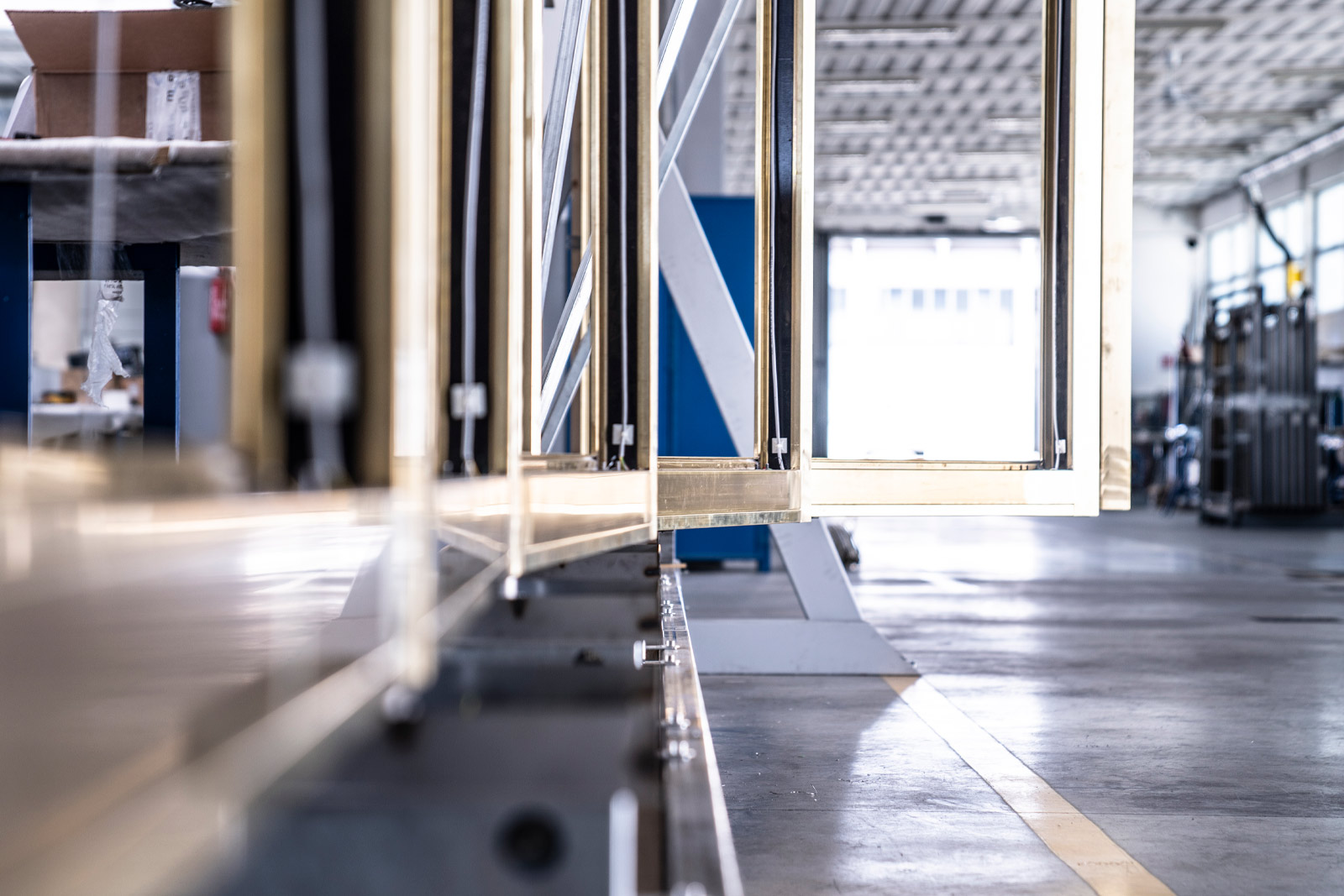 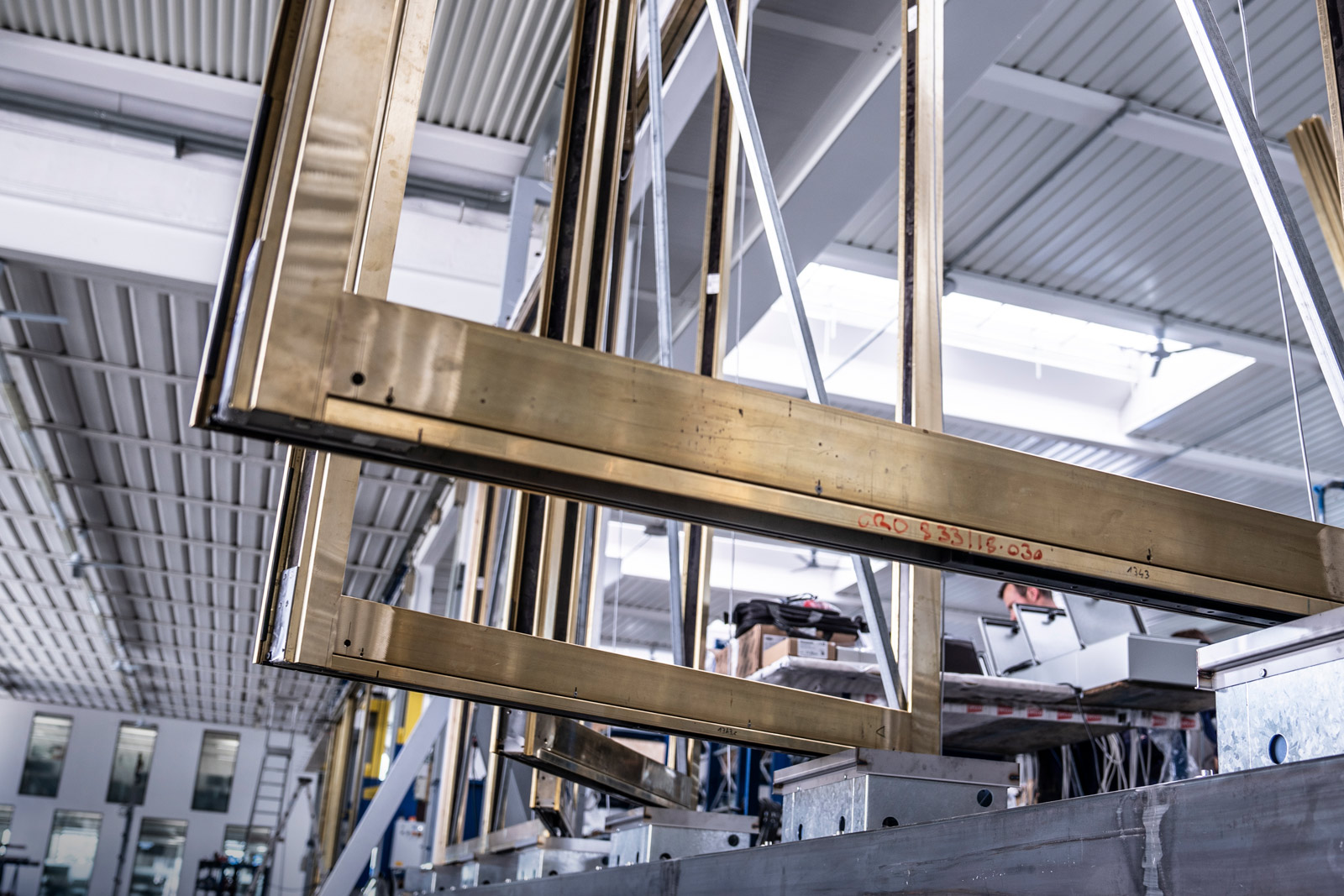 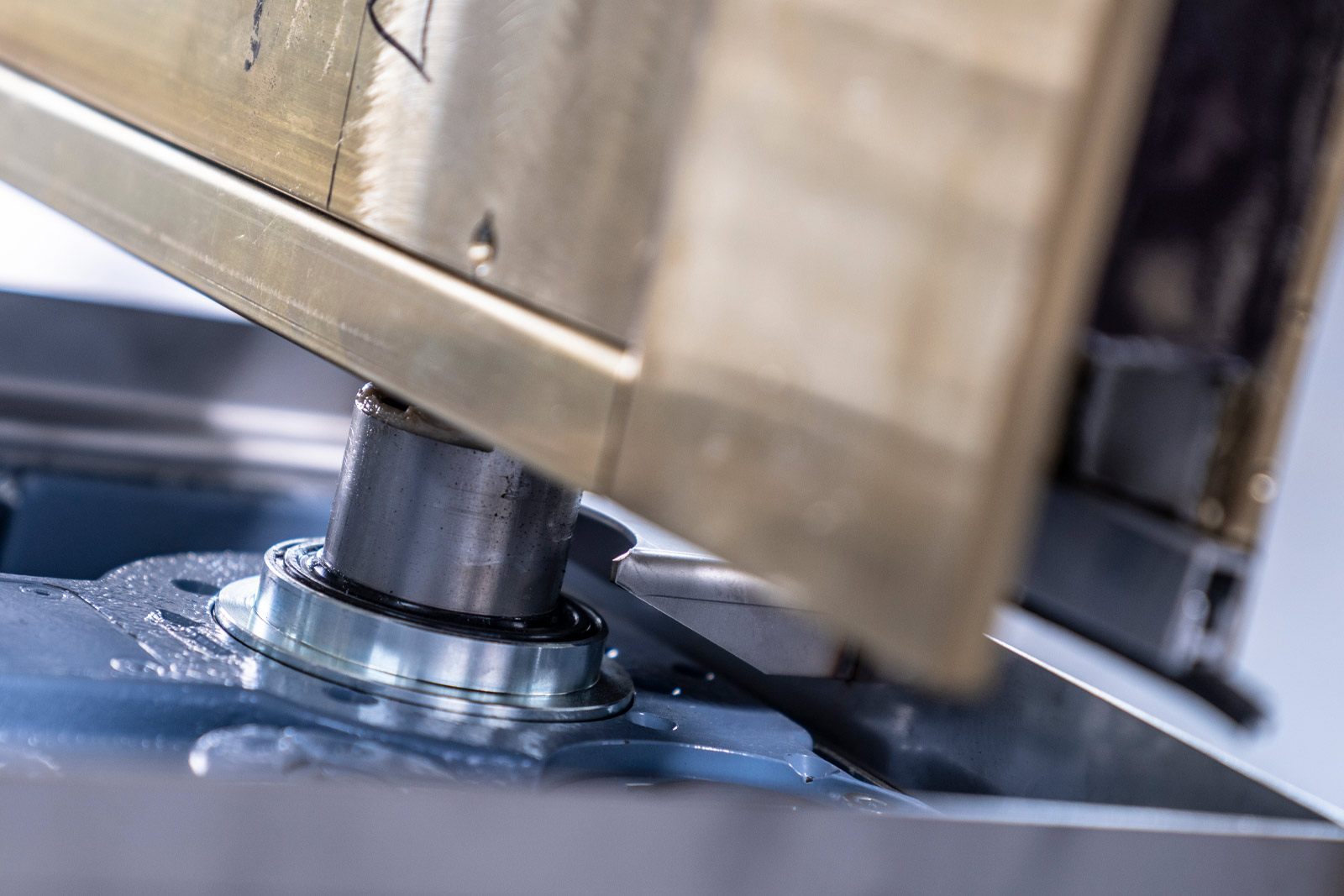 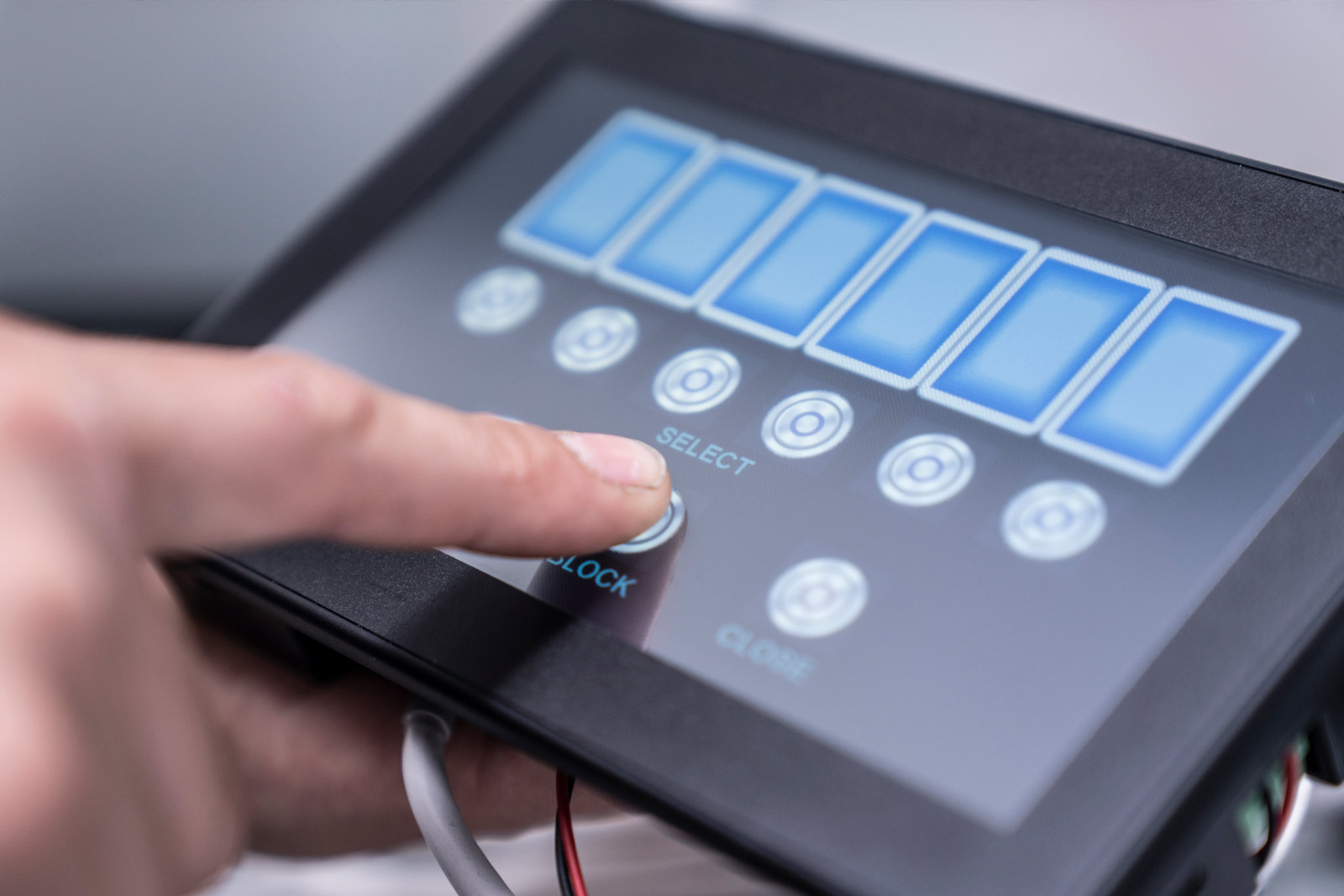 The design process started in September 2018 and continued until January, a long period in which every detail was perfected based on specific needs, to the end with the execution phase. The Officina Brombal artisan experts then paid attention to every little detail in the practical application by forming a multiple, extra-large fixture, 9 metres in width by 3.5 metres in height. An unprecedented piece, at least for now, in a residential house. The choice of materials fell on a thermally broken bronze section for a lively surface that is long-lasting and efficient like the new dynamic system, created and tested by Brombal.

To learn more about what Brombal’s thermal bronze doors, you can visit our Door Page. Contact us for custom, thermally broken Steel and Brass windows and doors by Brombal.