From start to finish: it is the everyday team work that is the final piece that completes the production process of an exclusive, elegant and customized product. “When we design windows, doors and frames based on our clients’ needs, we can count on people who can actually bring them to life. One of Brombal’s strong points are the really competent people”. Federico Basso, an engineer from the technical department, was enthusiastic about the climate of synergy among the workers participating in the Brombal Team Experience. An extraordinary experience, on June 21st, the first day of summer, which strengthened the feeling of “team” in the Brombal group. “Designing is important, but to make a difference the important thing is the person who materially gives shape to ideas by creating products that are true works of art”. Like the head of finishing department, Marco Stocco, who with a smile on his face said “the merits of every success depends on teamwork”. 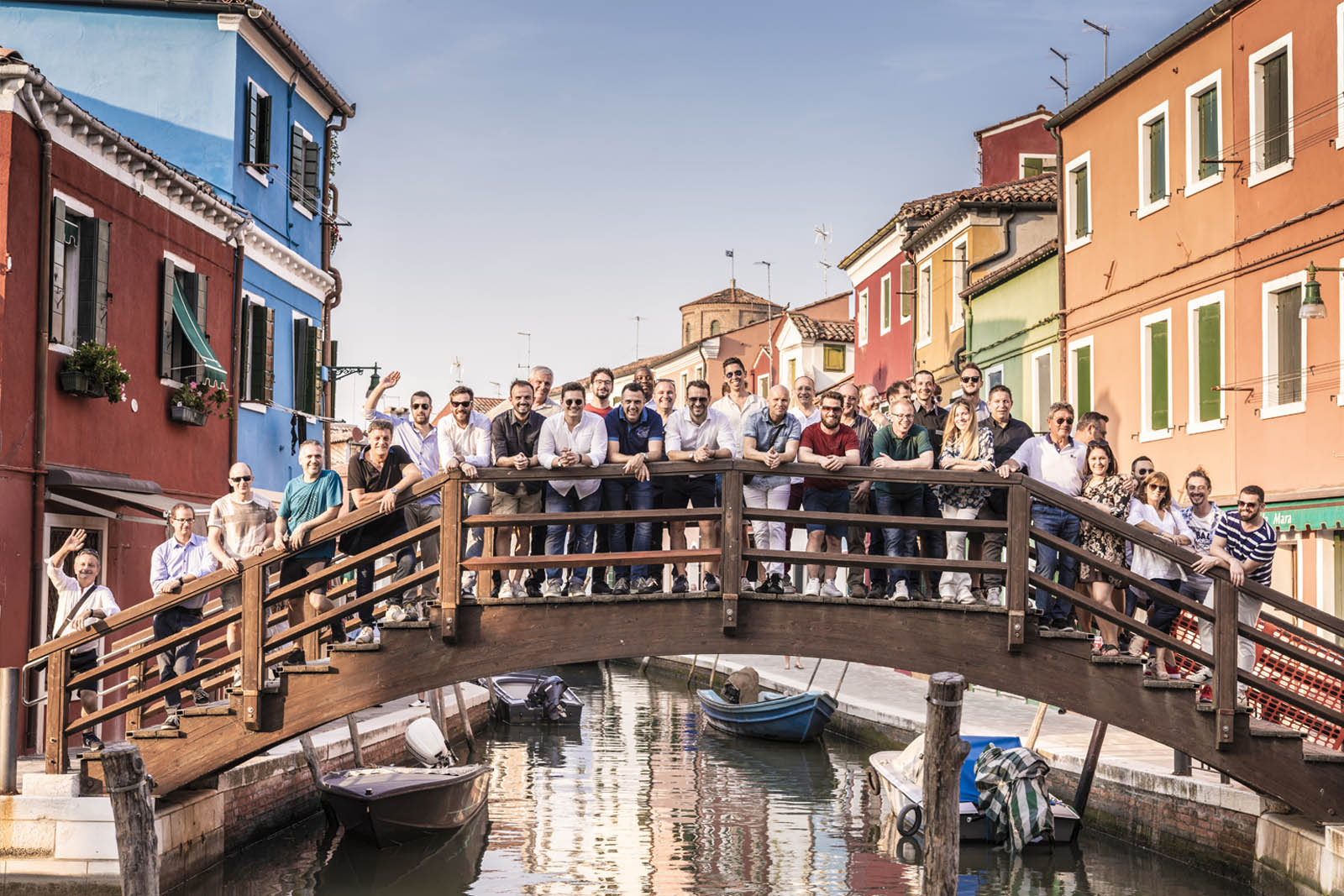 The synergy among co-workers in Brombal could be felt even outside the company, the offices, the production area, Altivole, during the emotional, outdoor experience which brought everybody together for eight hours in a relaxed atmosphere: a small boat tour around the Venetian lagoon in the moonlight, having dinner and sharing ideas all around. Among those present there was Matteo Randon from the assembly department who took on the role of DJ bringing rhythm and fun to the party. The bow of the 25-metre craft signed “Bellini” was headed towards Giudecca. On board there was a united group sharing a tour among the Venetian islands, passing in front of the Hotel Hilton Molino Stucky whose doors and windows were created by Brombal. From the Fortuny Museum and its Venetian textiles to the Church of the Santissimo Redentore designed by Andrea Palladio, the tour gave everybody the opportunity to admire the most fascinating architecture, passing also in front of the Arsenale, home to the 2019 Venice Biennale until November. 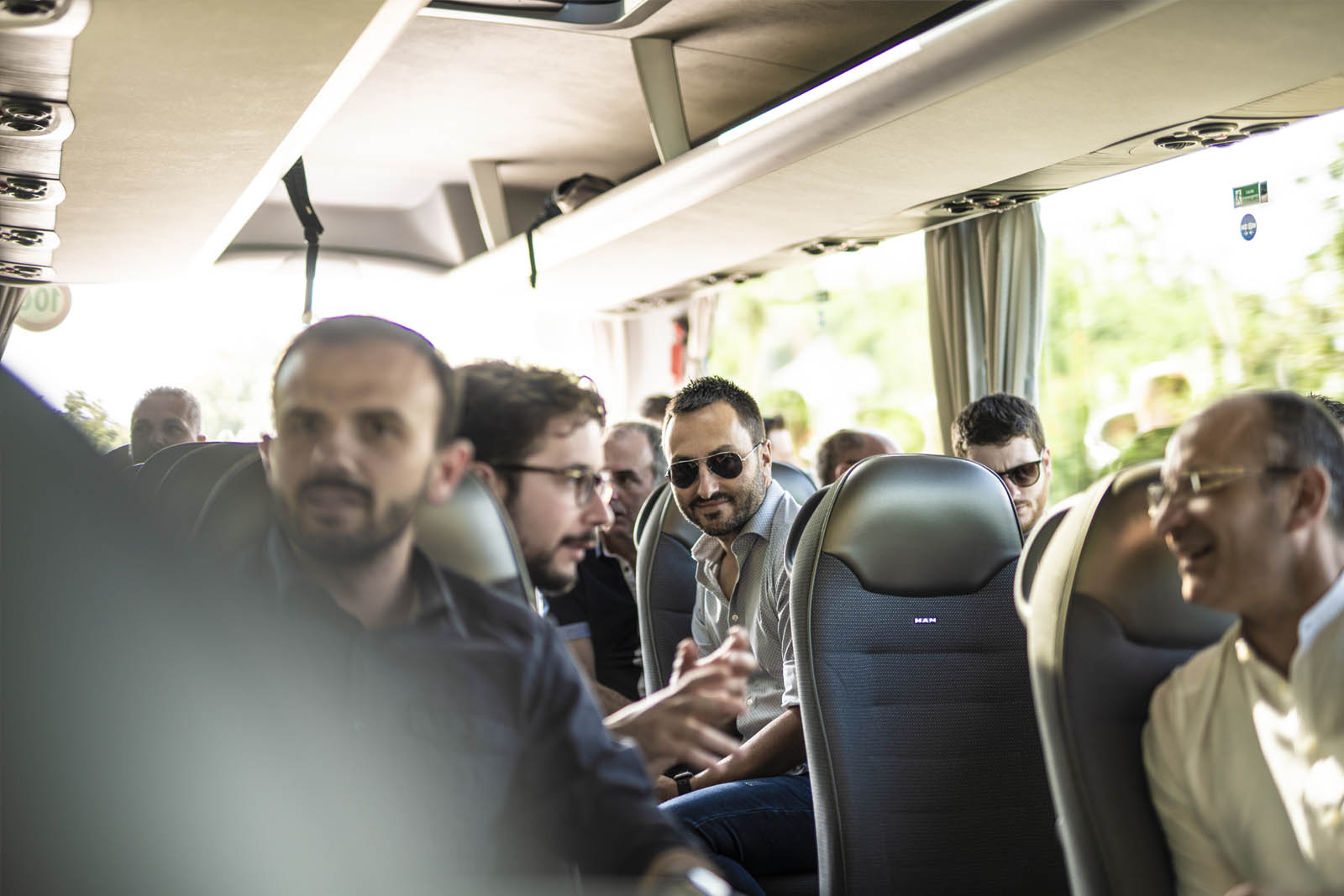 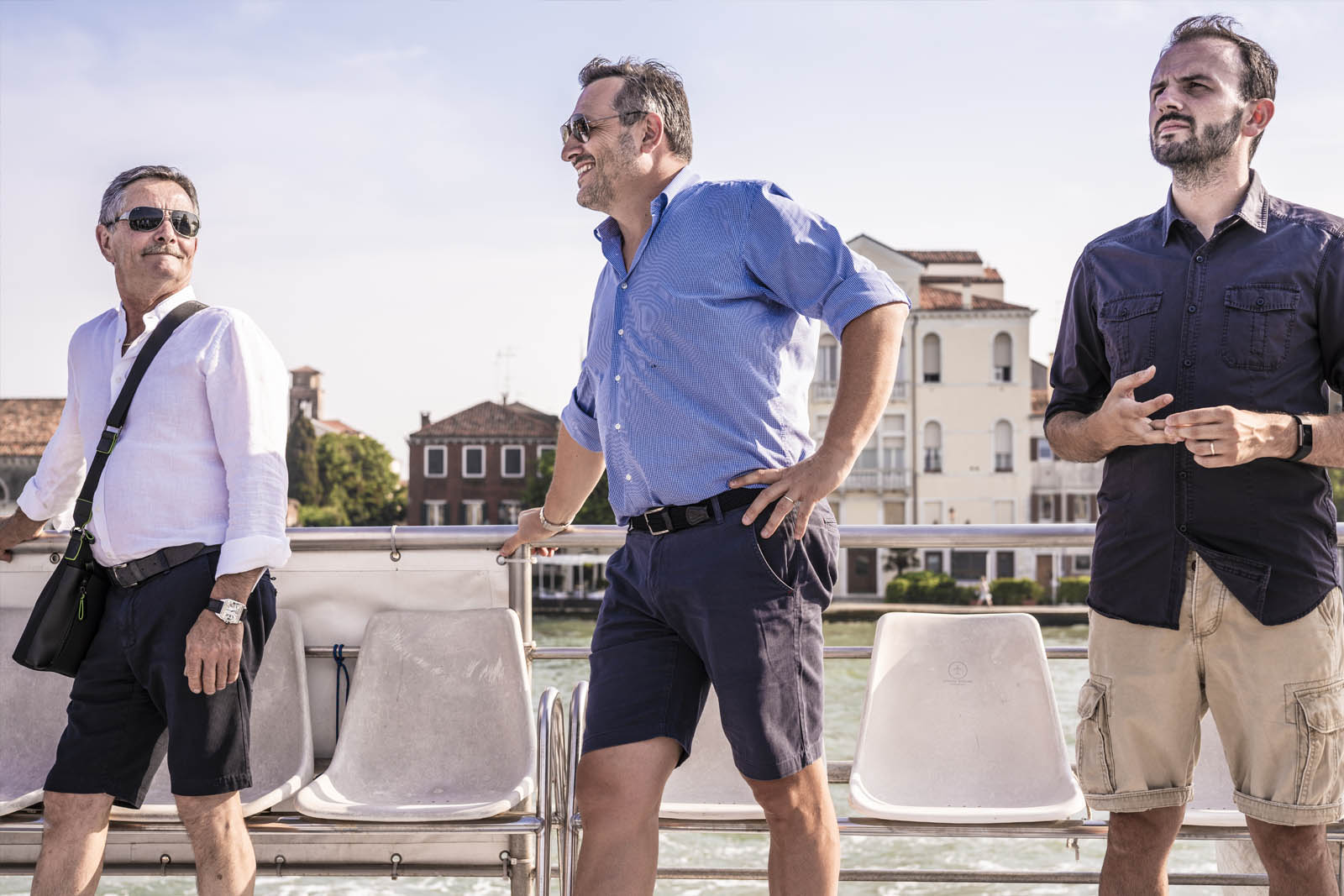 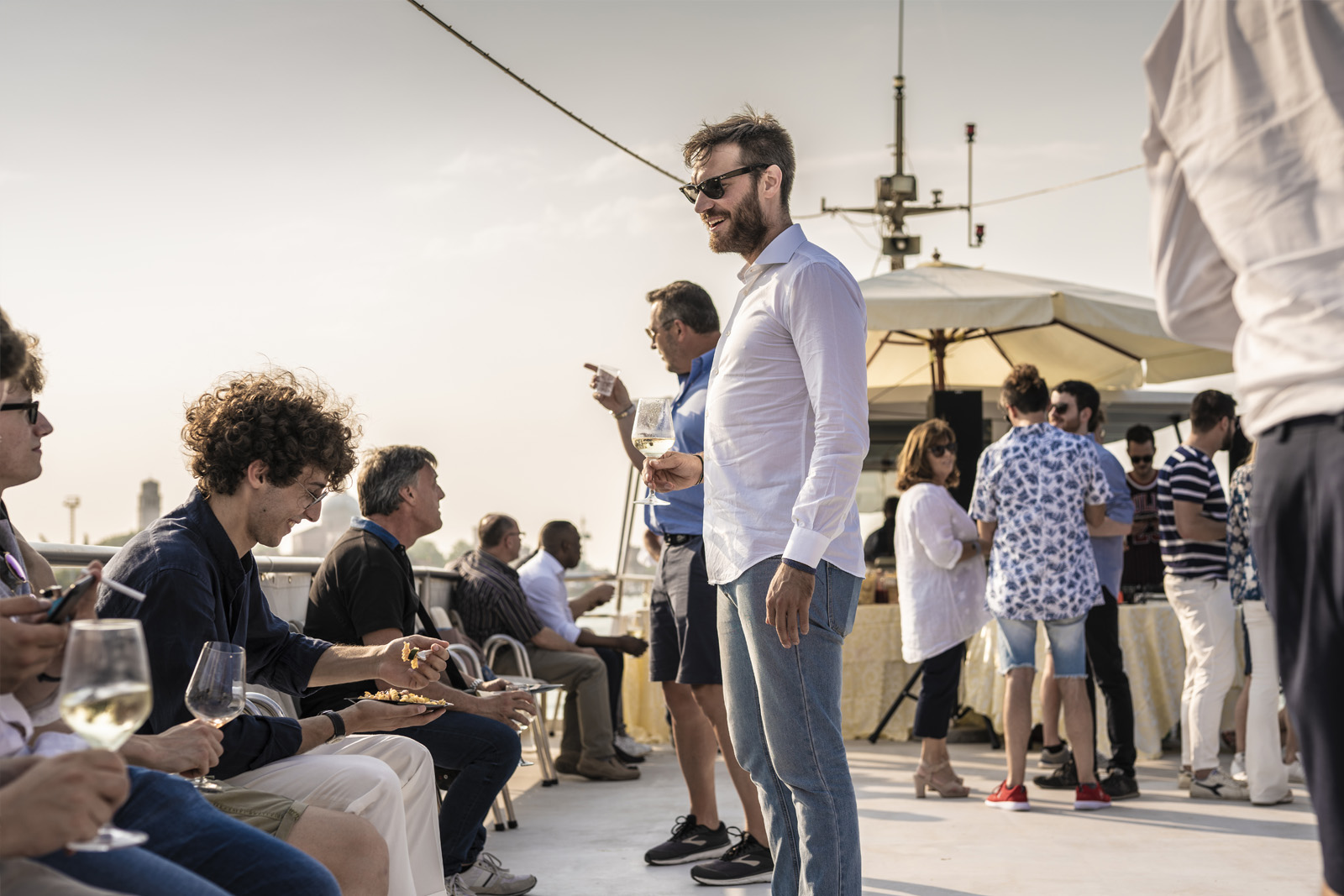 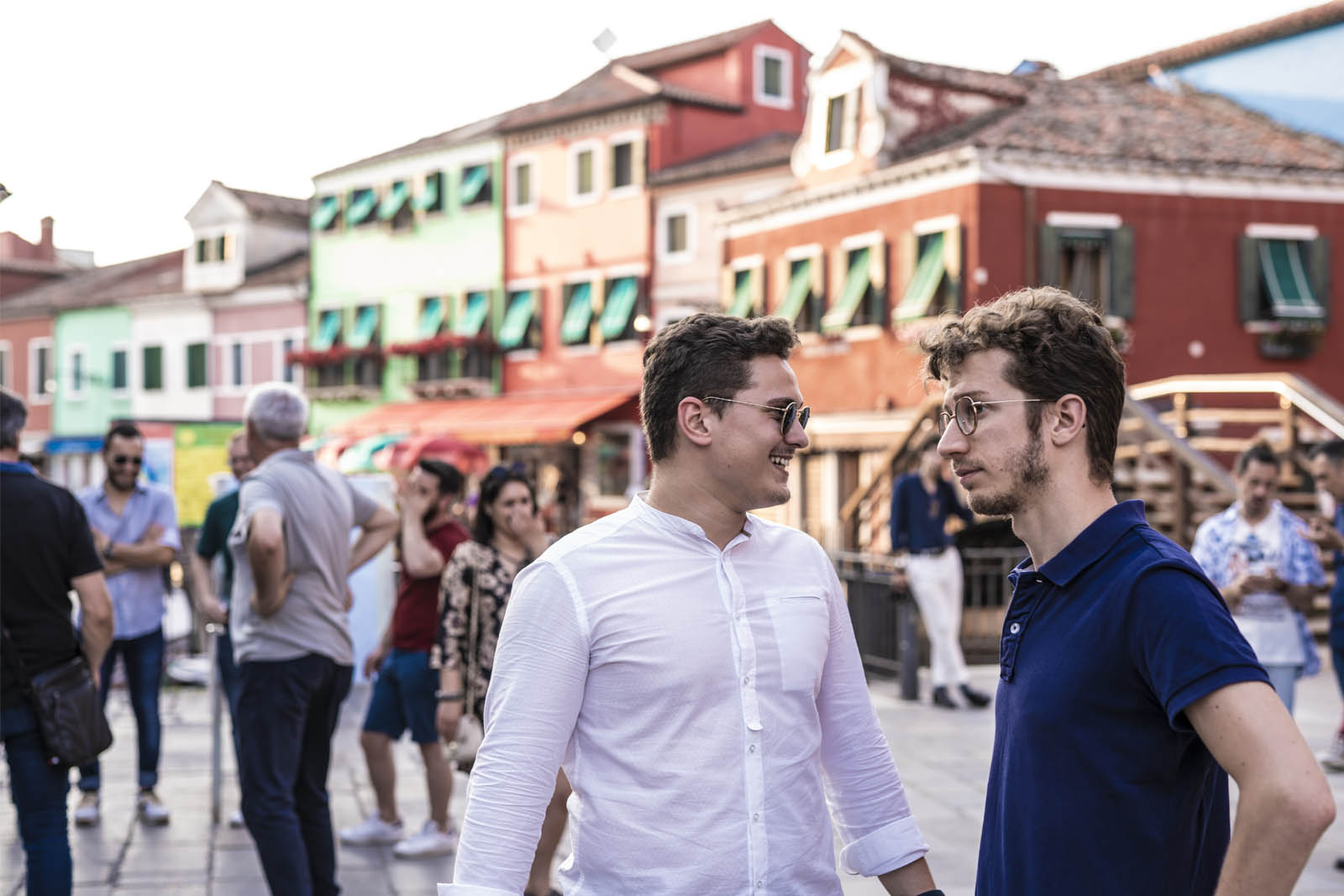 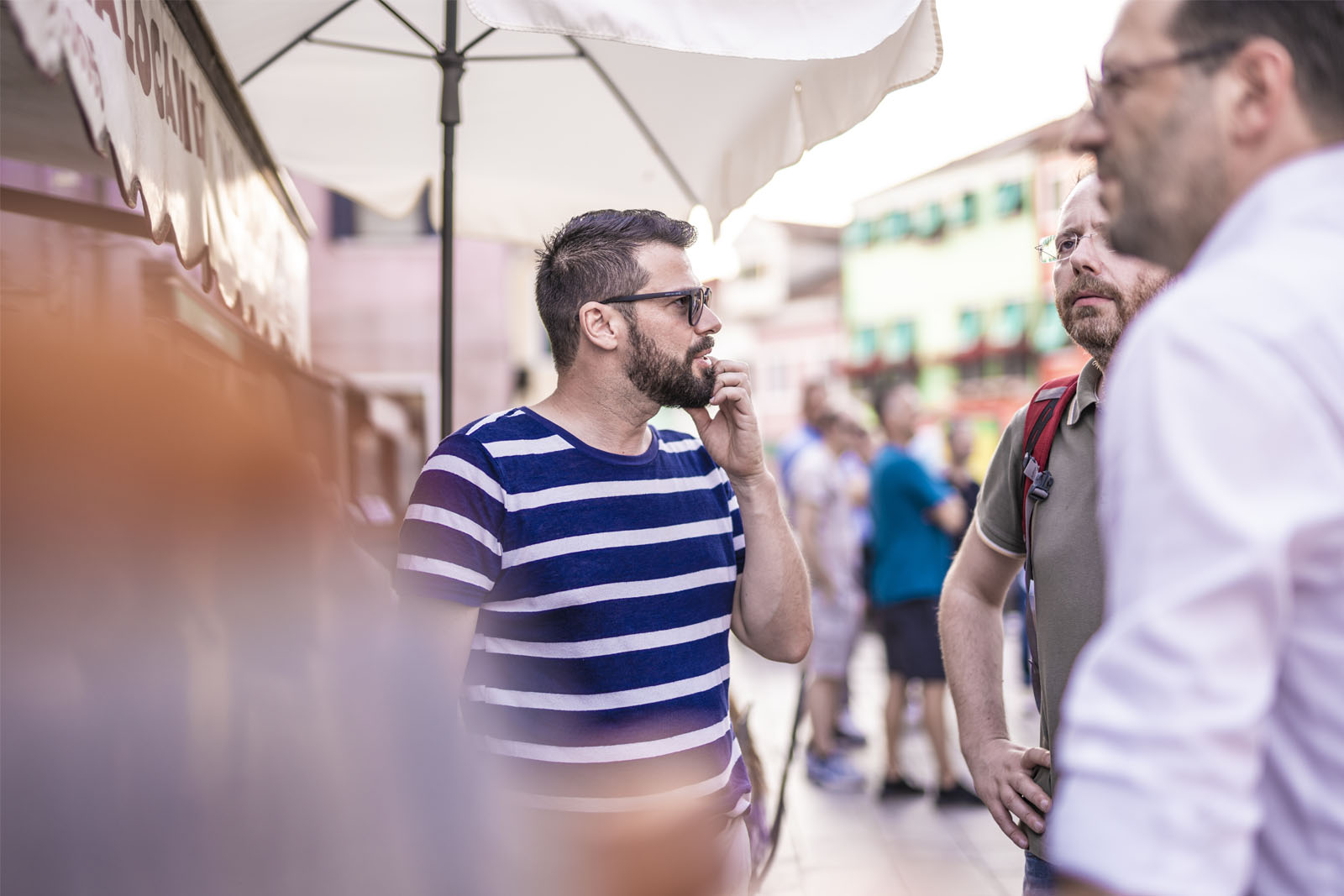 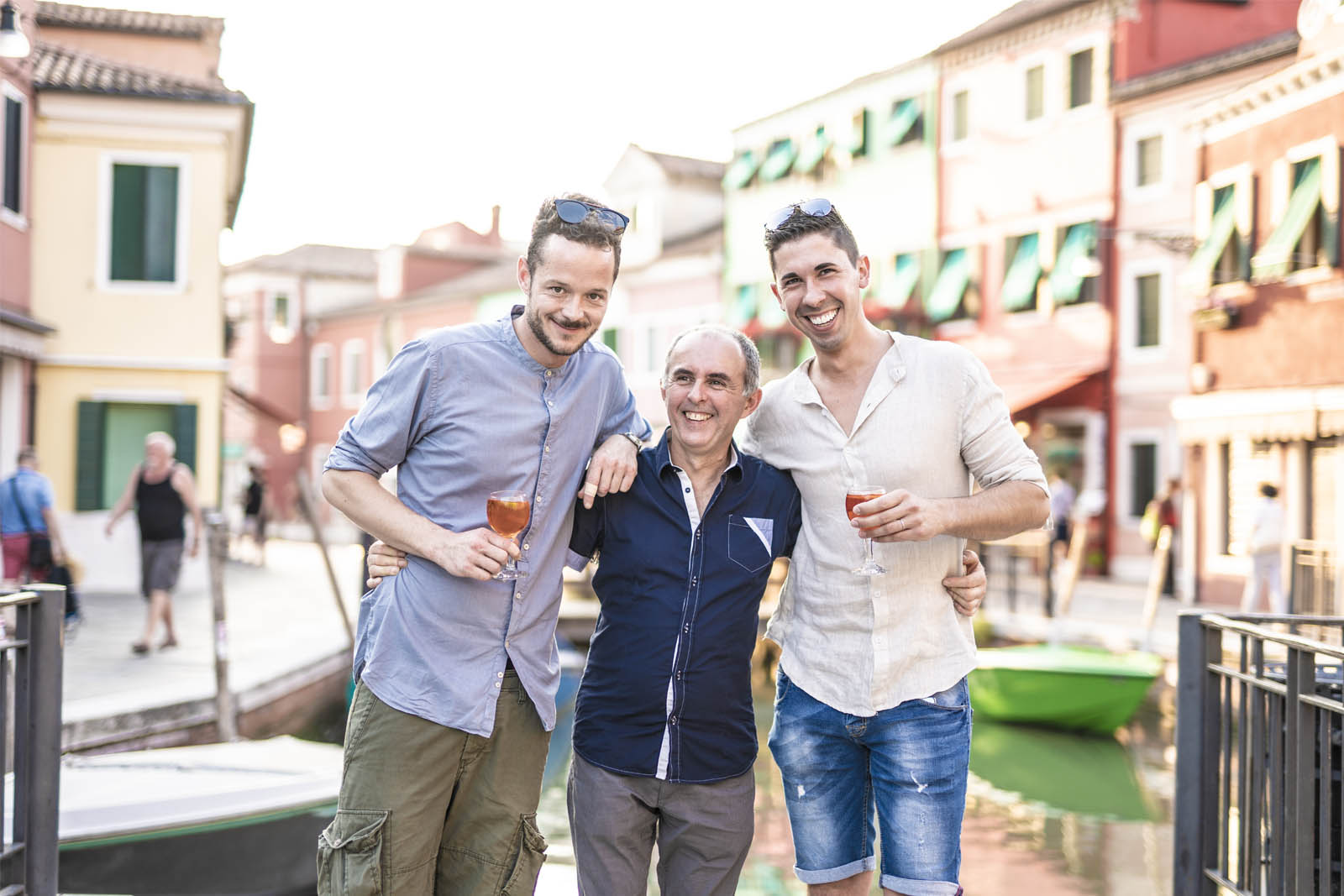 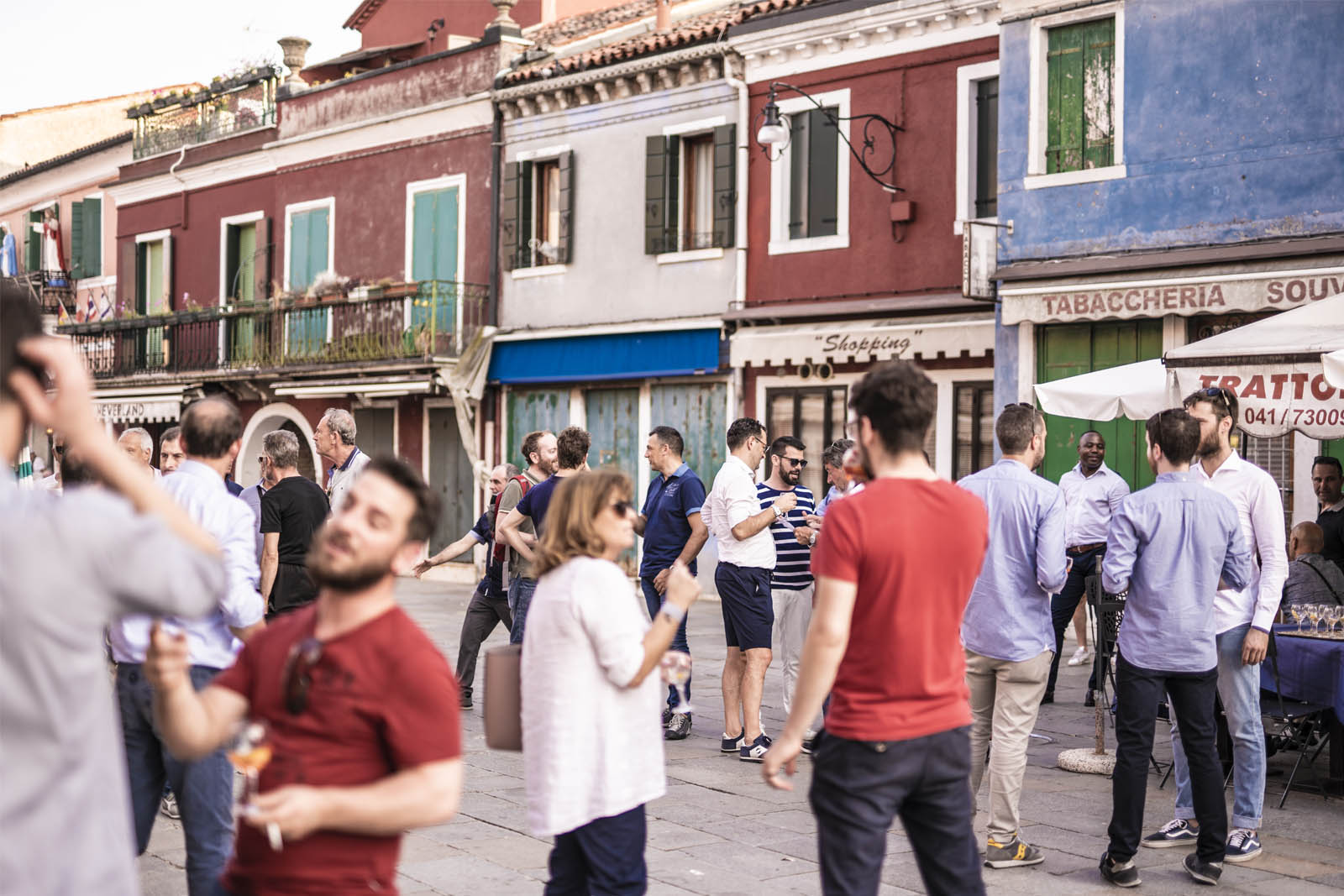 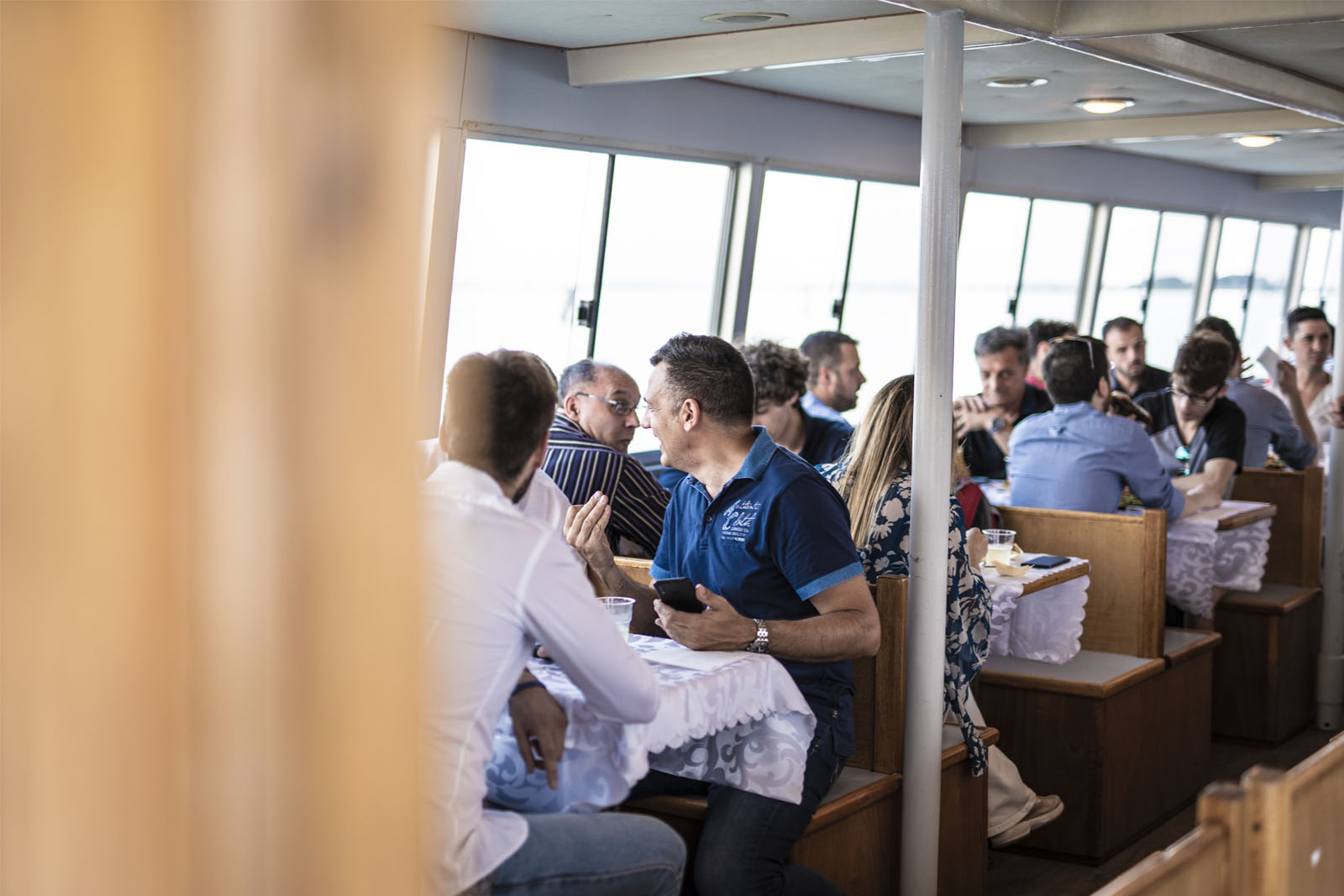 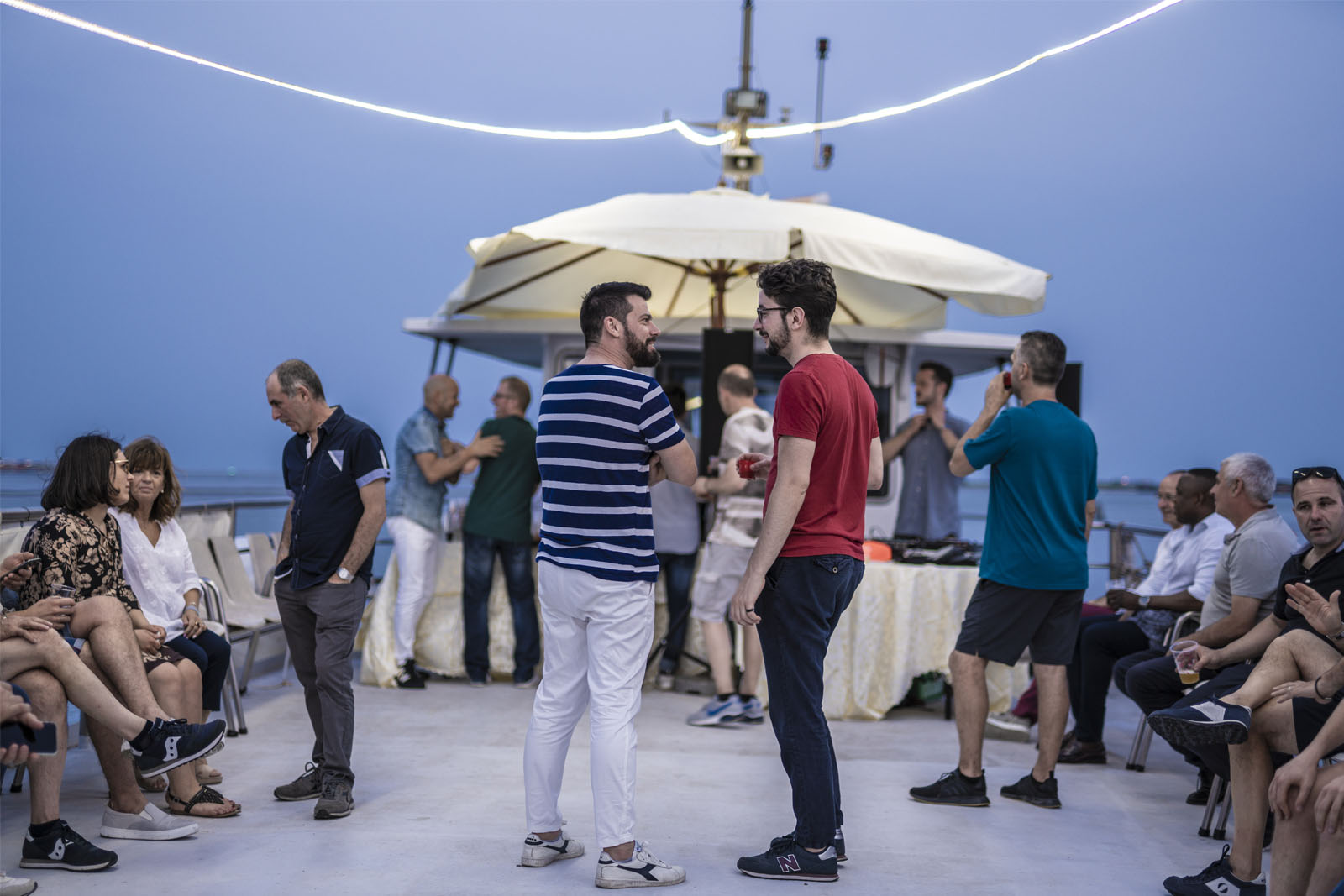 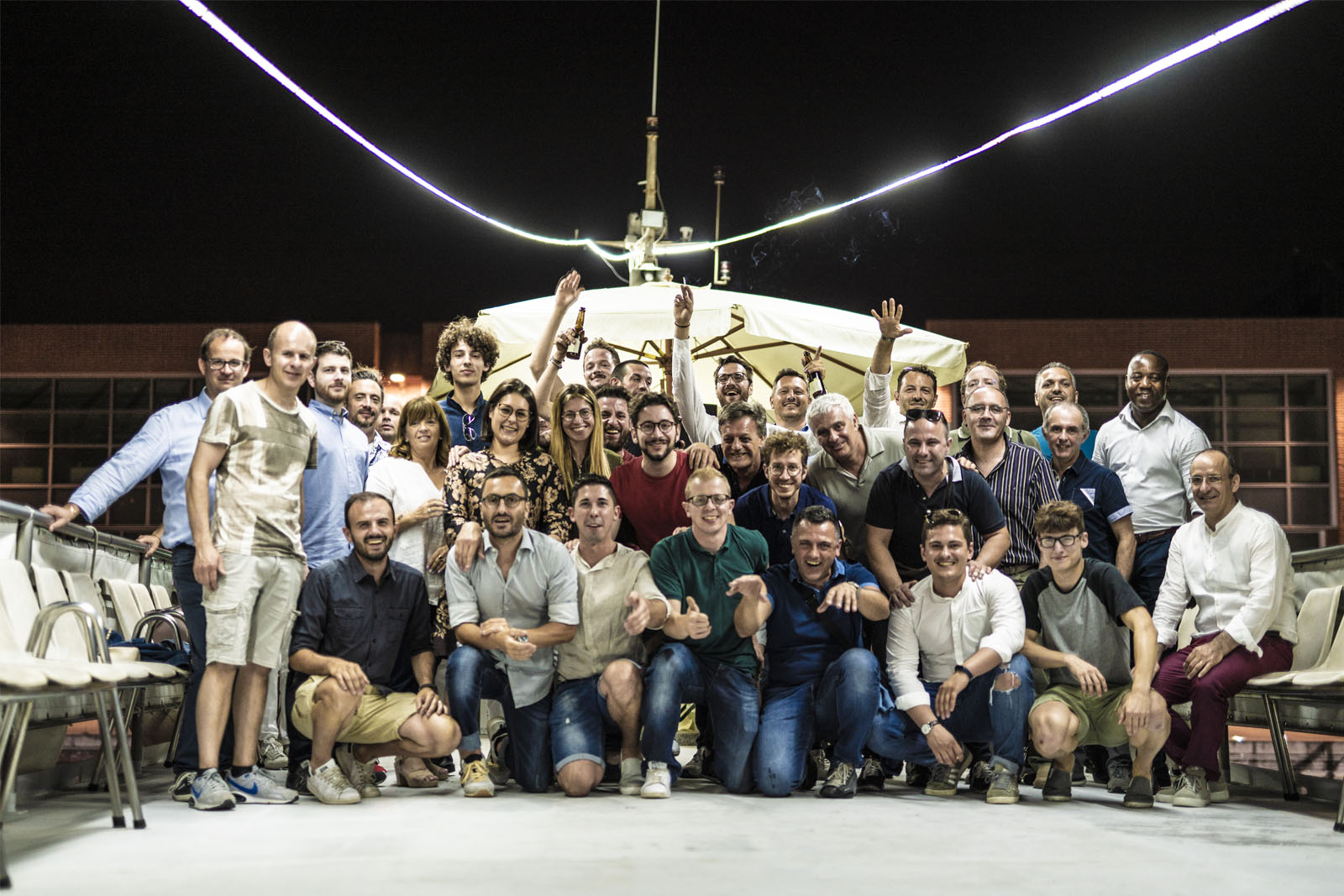 The boat then turned towards Burano, the island famous for its lace and coloured houses, among which the one of the self-taught painter Bepi Suà. During the return trip aboard the Bellini, which transformed into a dancing club, there was one who stood out for his fun nature by dancing to the rhythm of the music: Omar Carelle from the bluing department who won the “fun guy” award. By popular demand, it was unanimously decided by all participating that the “elegance” award would go to Ousmane Guebre from the finishing department for his impeccable outfit. Fun and games, but also sharing of goals and ideals were at the heart of the team building experience. The view of San Marco while returning to Tronchetto, in light of the next team building experience on July 26th at the Pool House in Altivole, was enchanting. Pietro, Pierpaolo and Leonardo Brombal also took part in the team experience that consolidated the team work while sharing the duties and increasing the success. As Sergio Marchionne used to say “Leaders, great leaders, are people who have a phenomenal ability to draw and redraw relations of creative collaboration inside their teams”. 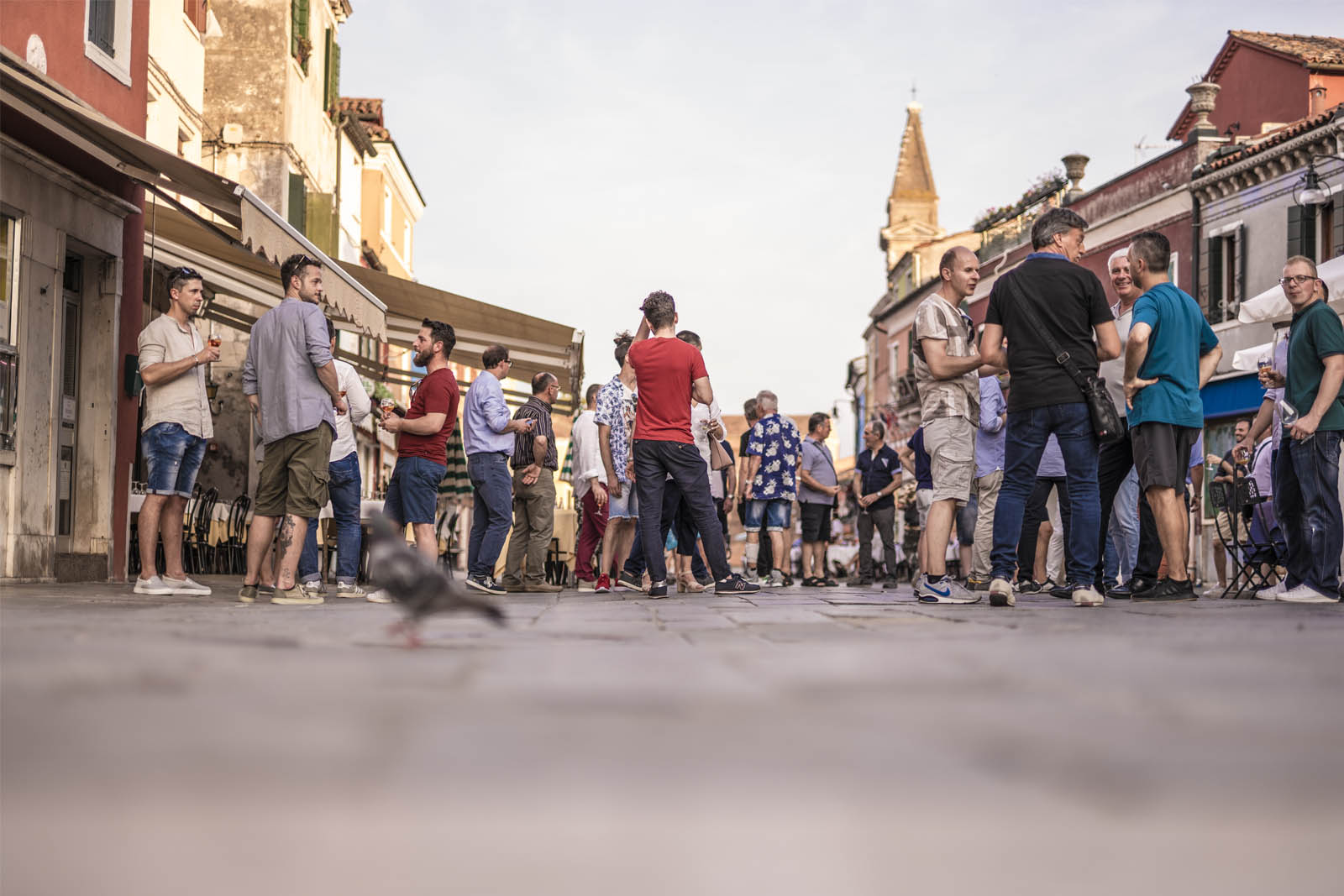 To learn more about what Brombal can offer, you can visit our Services Page. Contact us for custom, thermally broken Steel windows and doors by Brombal.