PEOPLE ON A JOURNEY TOWARD THE SAME DESTINATION

To start a journey it’s always a moment full of joy and with this spirit Team Brombal began the first Brombal Team Experience 2020. A crisp and lively breeze, you could almost touch, pervaded all the colleagues, despite what the barometer outside was saying: torrid heat. Brombal Team Experience is getting, year after year, more and more steady, an appointment much awaited by the all group and the unanimous partecipation proves it; Pietro, Leonardo e Pierpaolo Brombal, all the employees and collaborators took part  to this exciting outdoor experience in an atmosphere of unity and harmony. Never like in such adventures synergy between people gets stronger and collaboration grows among working teams.
After boarding the motor-ship Tiepolo, an amazing view of Venice Lagoon opened up. After few nautical miles an unusual port without cruise ships and passengers grasped our attention: in fact to contrast the clear sky there it was the imposing structure of Porto-Marghera ( a huge industrial project realised in 1917), which, gradually, made the way to the green and pleasant Giardini of the Biennale. Biennale with which, by the way, from this year we are Official Partner for the section Architecture&Art. 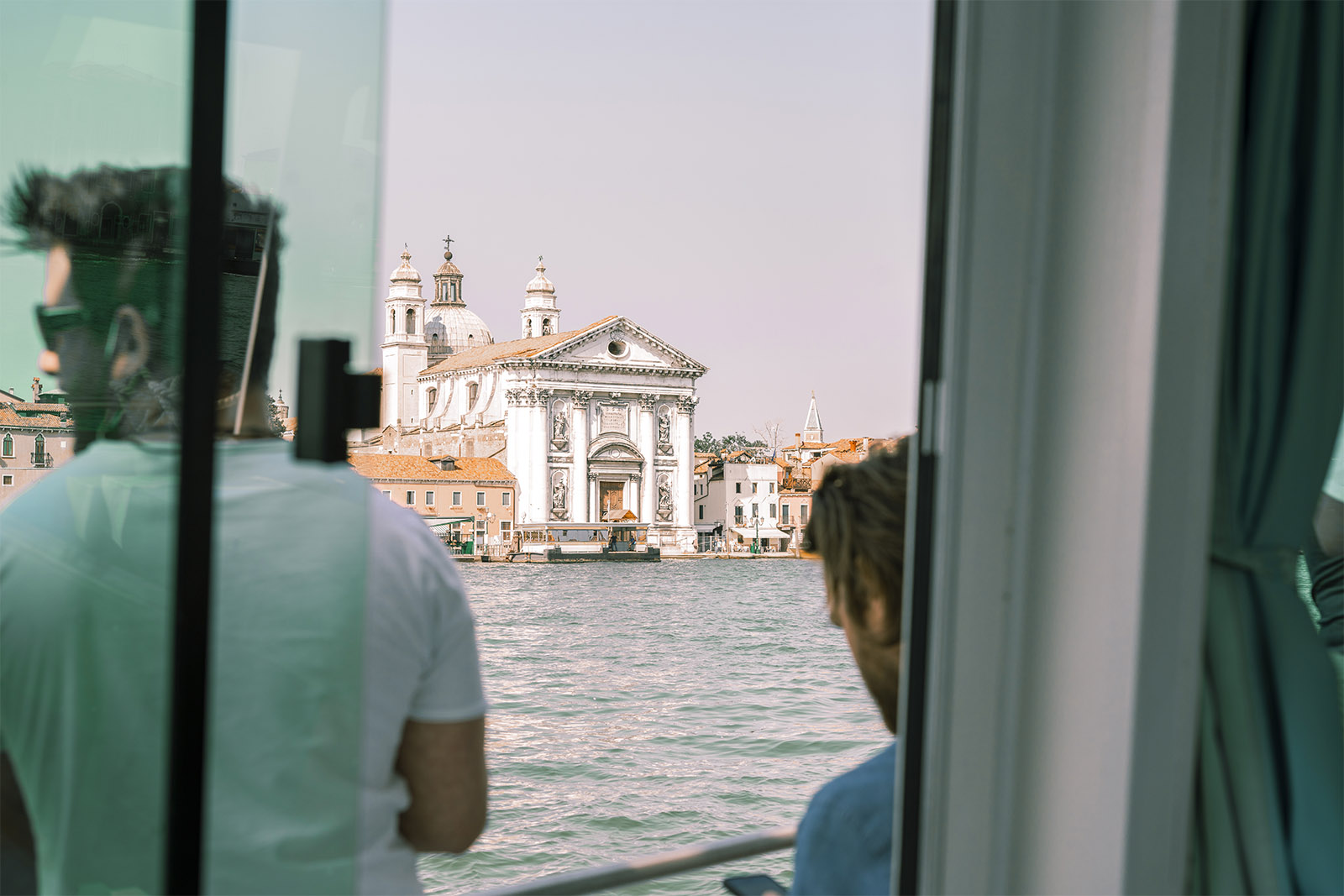 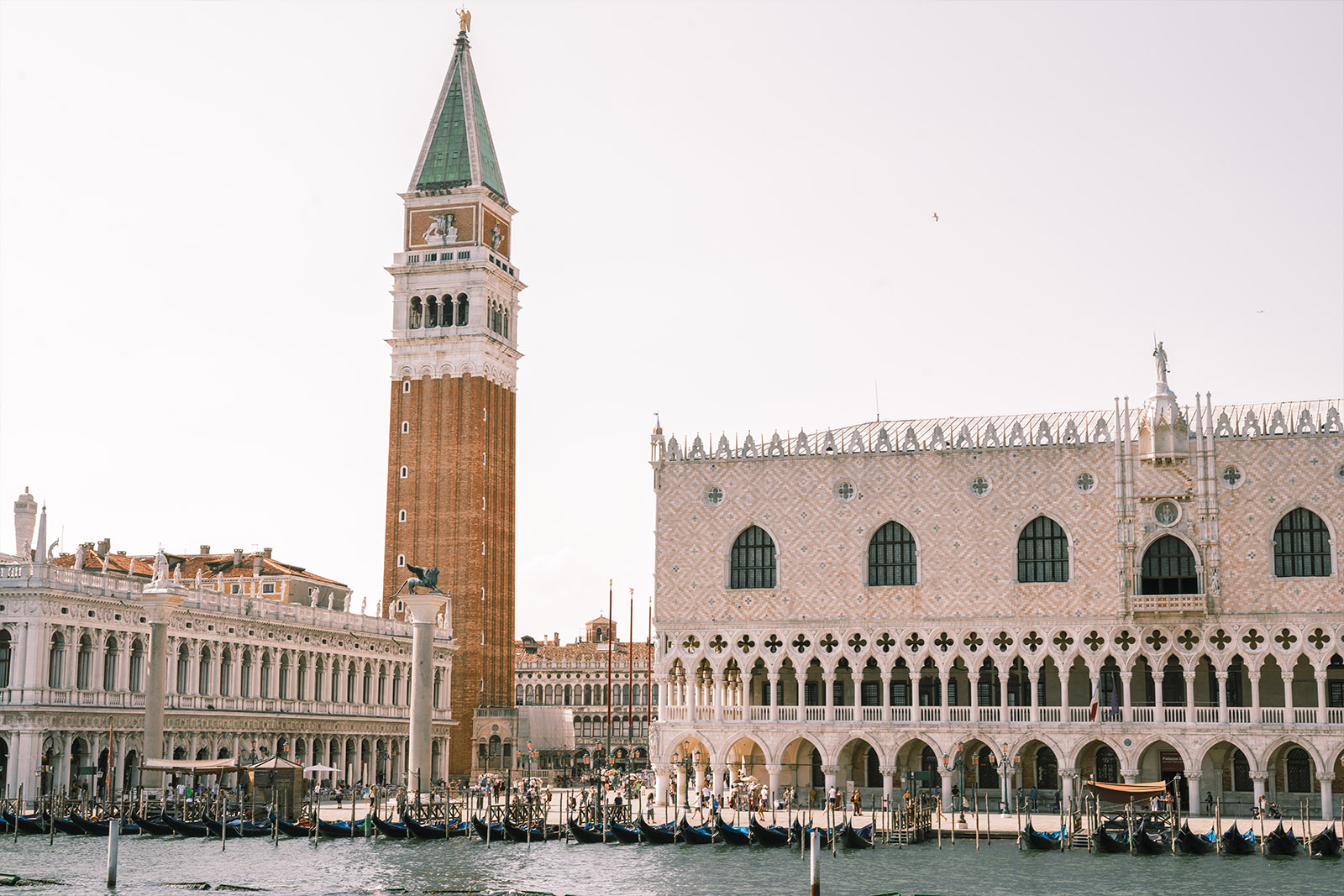 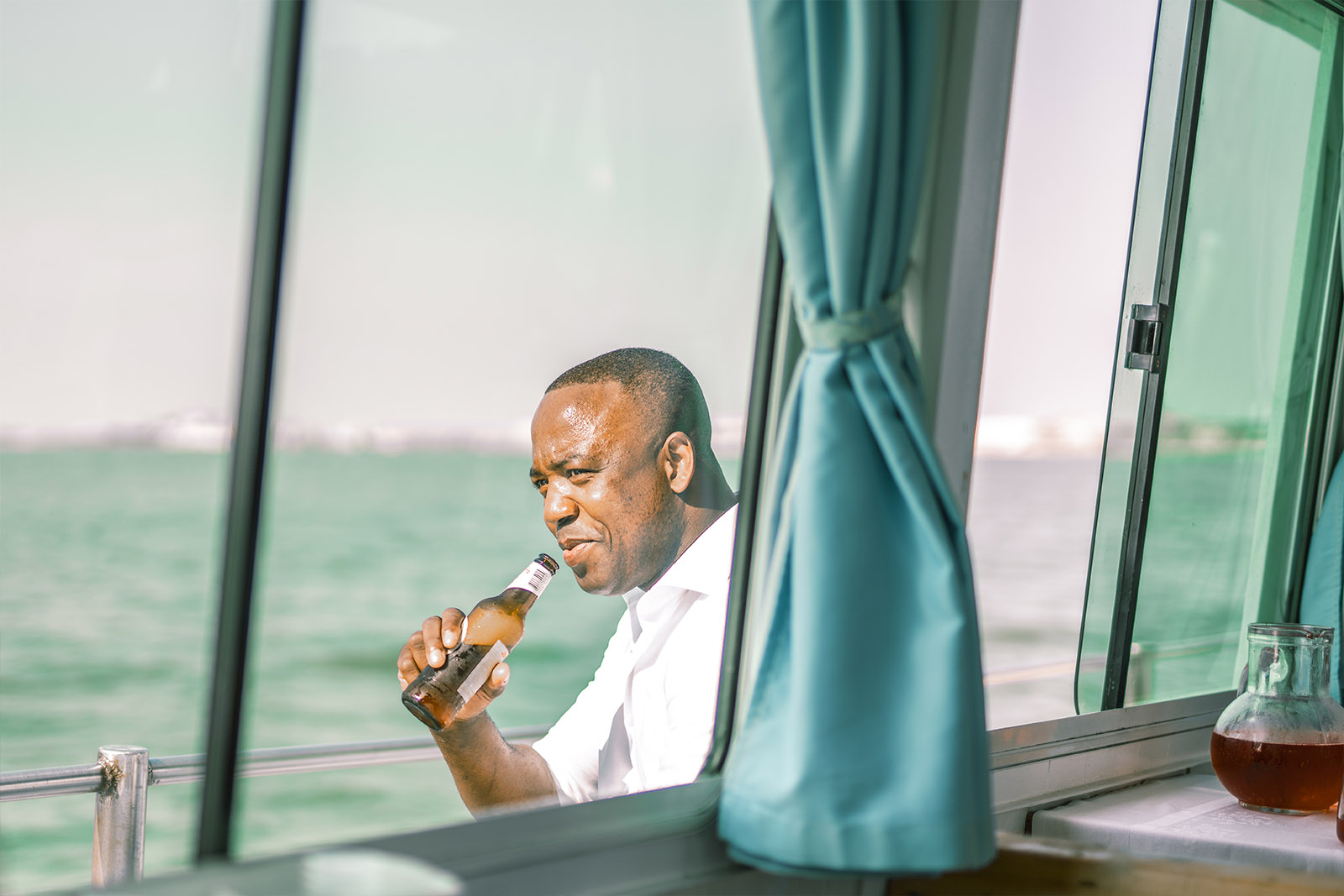 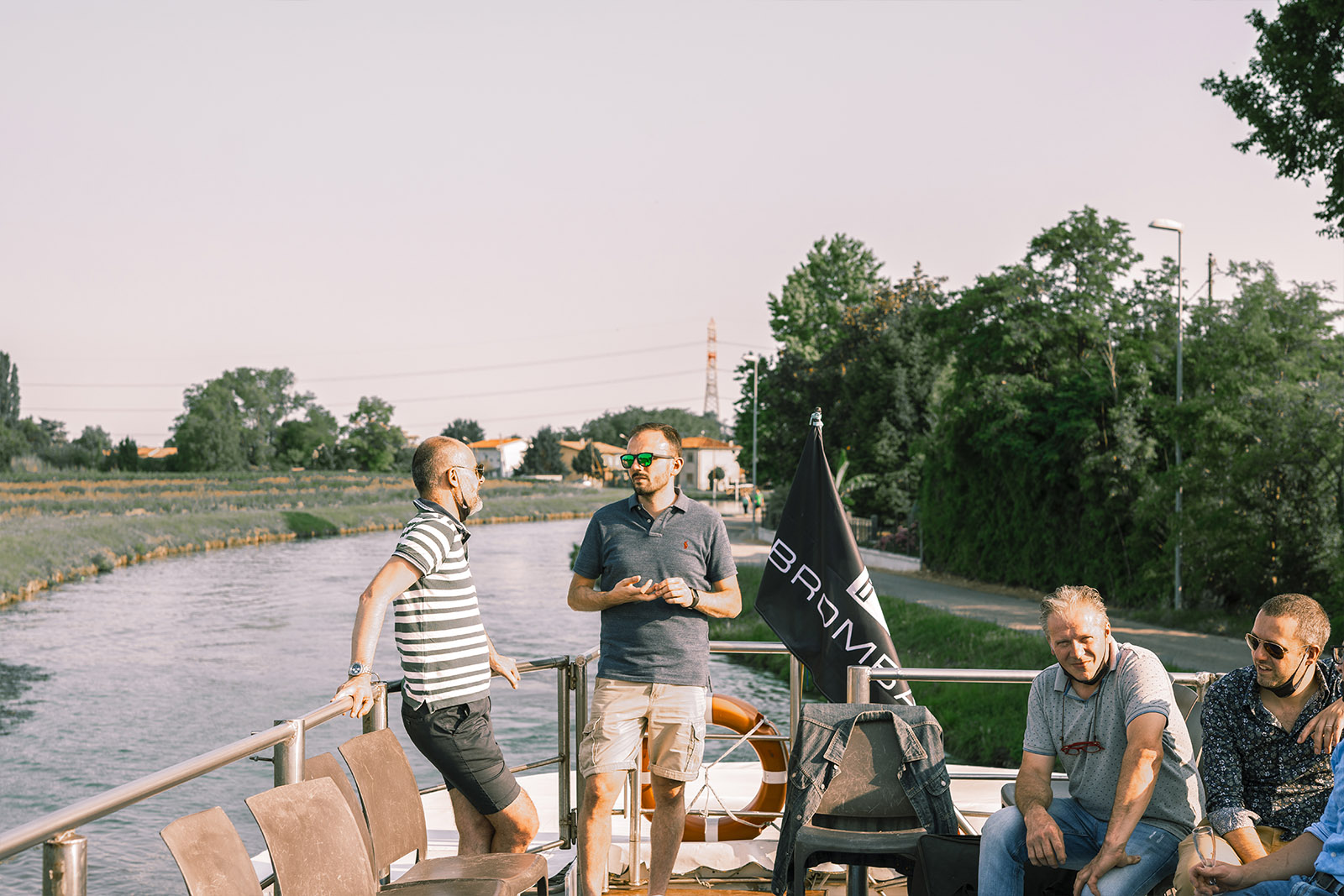 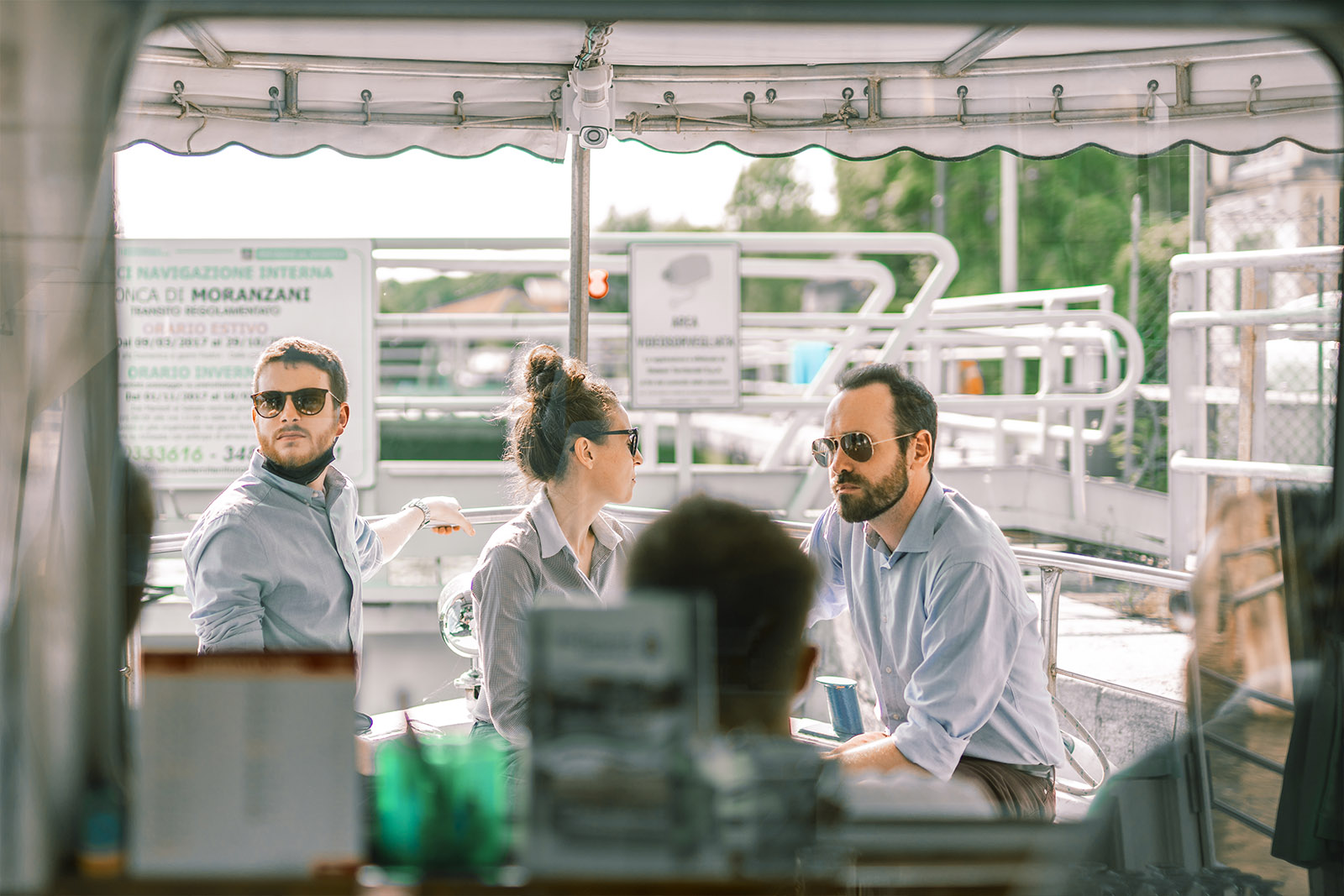 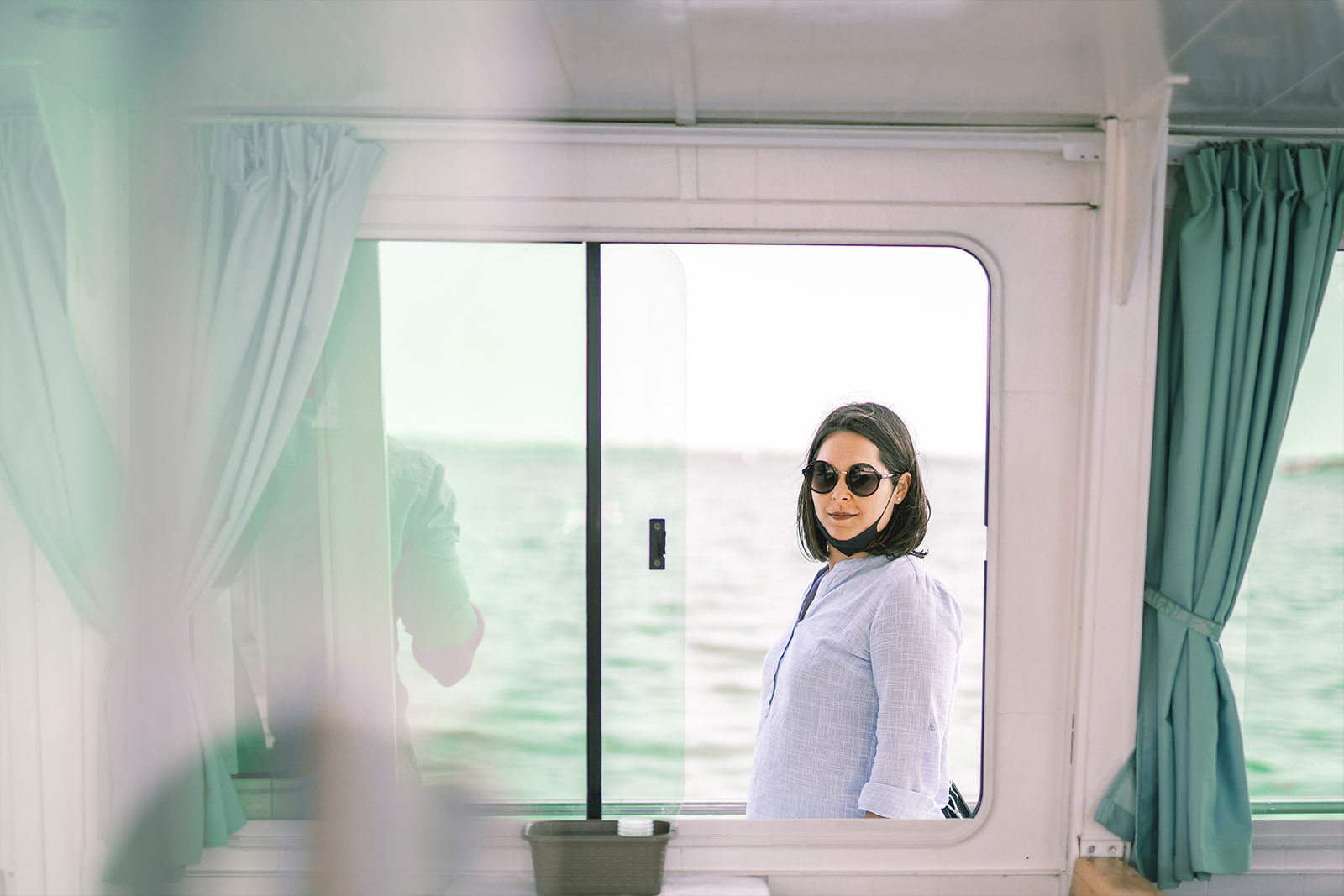 Then the Giudecca Canal offered us as a gift the majestic panorama of San Marco basin and lulled by the waves and the sweet notes of Sabrina’s accordion, we were ecstatic facing Andrea Palladio’s architecture, masterfully expressed with the Churches of Redentore and Zitelle and by San Giorgio Maggiore island with its towering bell tower in a constant and ideal dialogue with the San Marco’s one. Sheer wonder was filling Brombal’s navigators eyes in this well organised and personalised trip; so custom as the window frames the company creates rather than manufactures, a range of exclusive products with a such precise identity to be known and considered unique all around the world.
From the initial sketch to the final finish into production, the research and development given to Brombal doors&windows distinguished themselves for a strong know-how the company has improved and increased in their 50 years history, growing hand in hand with new technologies and innovations. Not even Covid 19 crisis could stop  Brombal from pursuing excellence; so year 2020 is carrying with itself new integrations and improved equipment solutions such as a glass-checking scanner or a machinery to install glass onto a window frame just before its packaging and shipment. 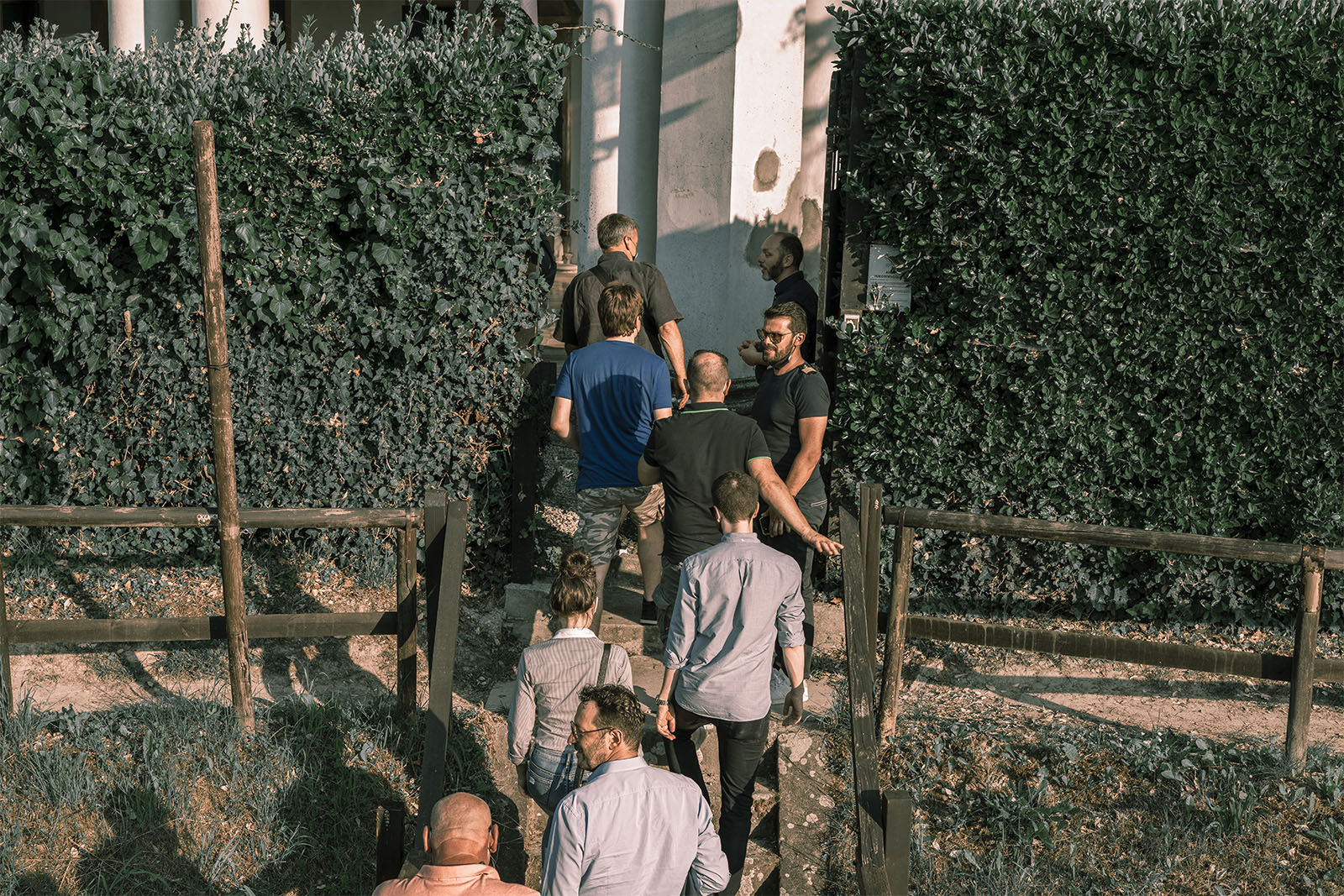 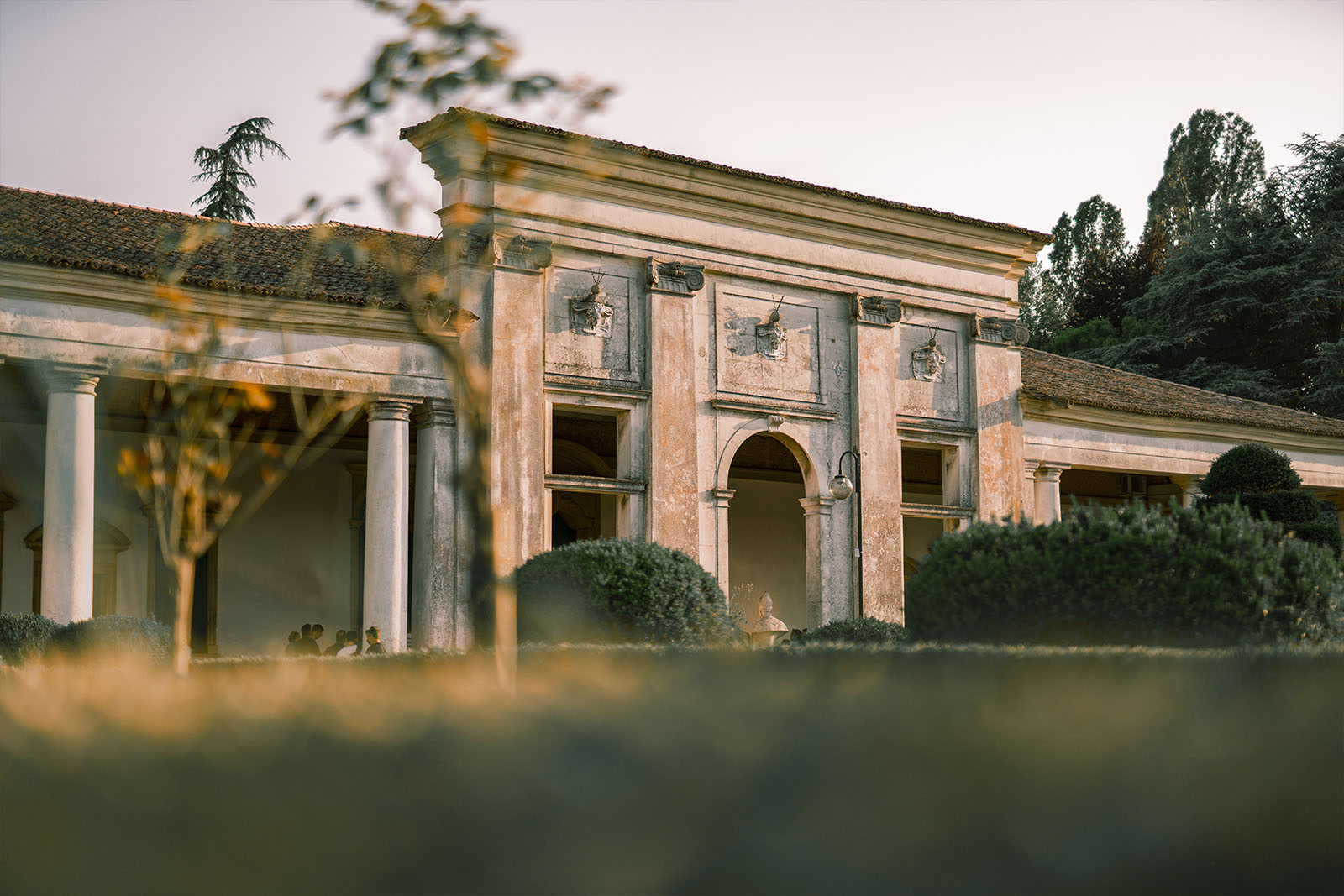 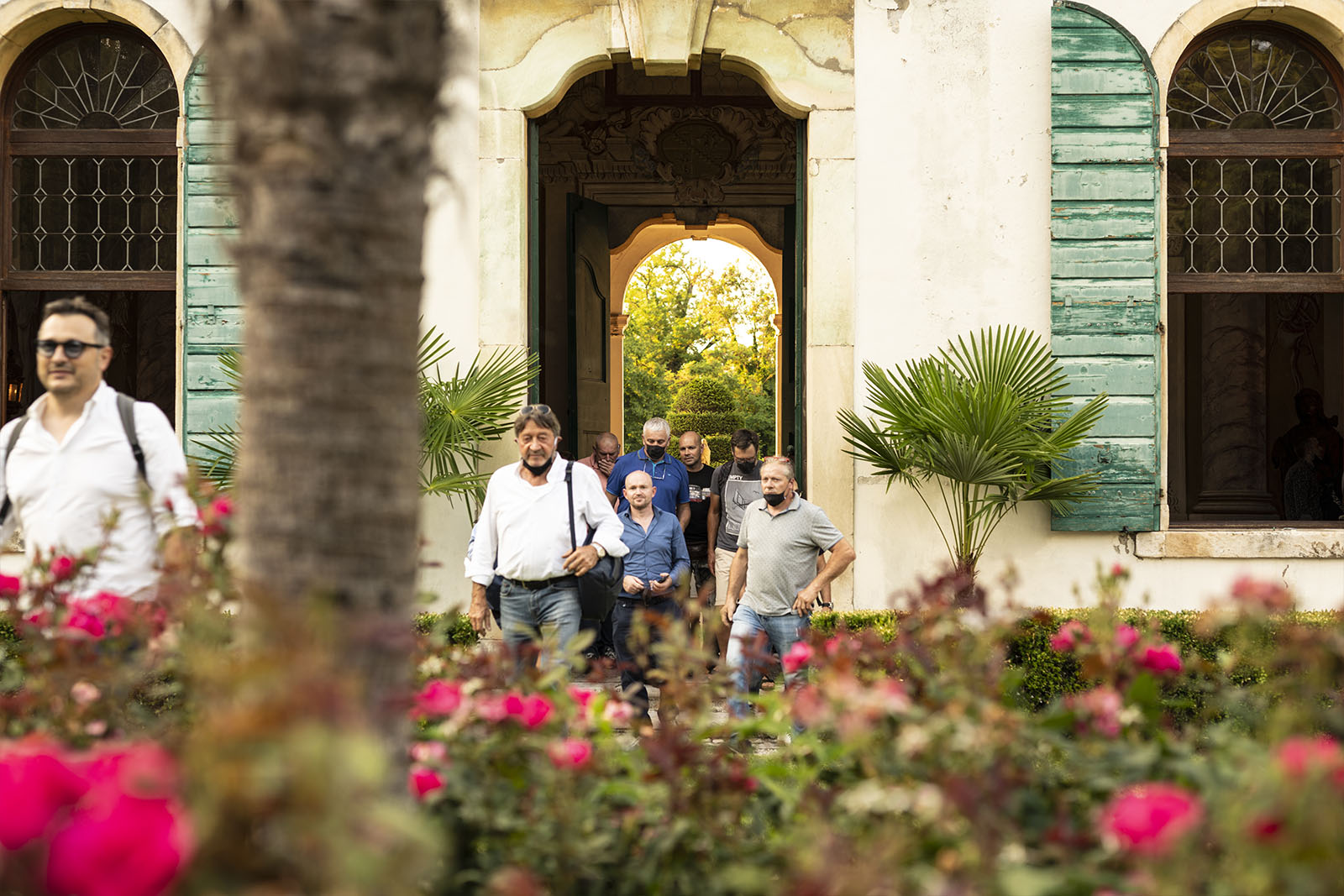 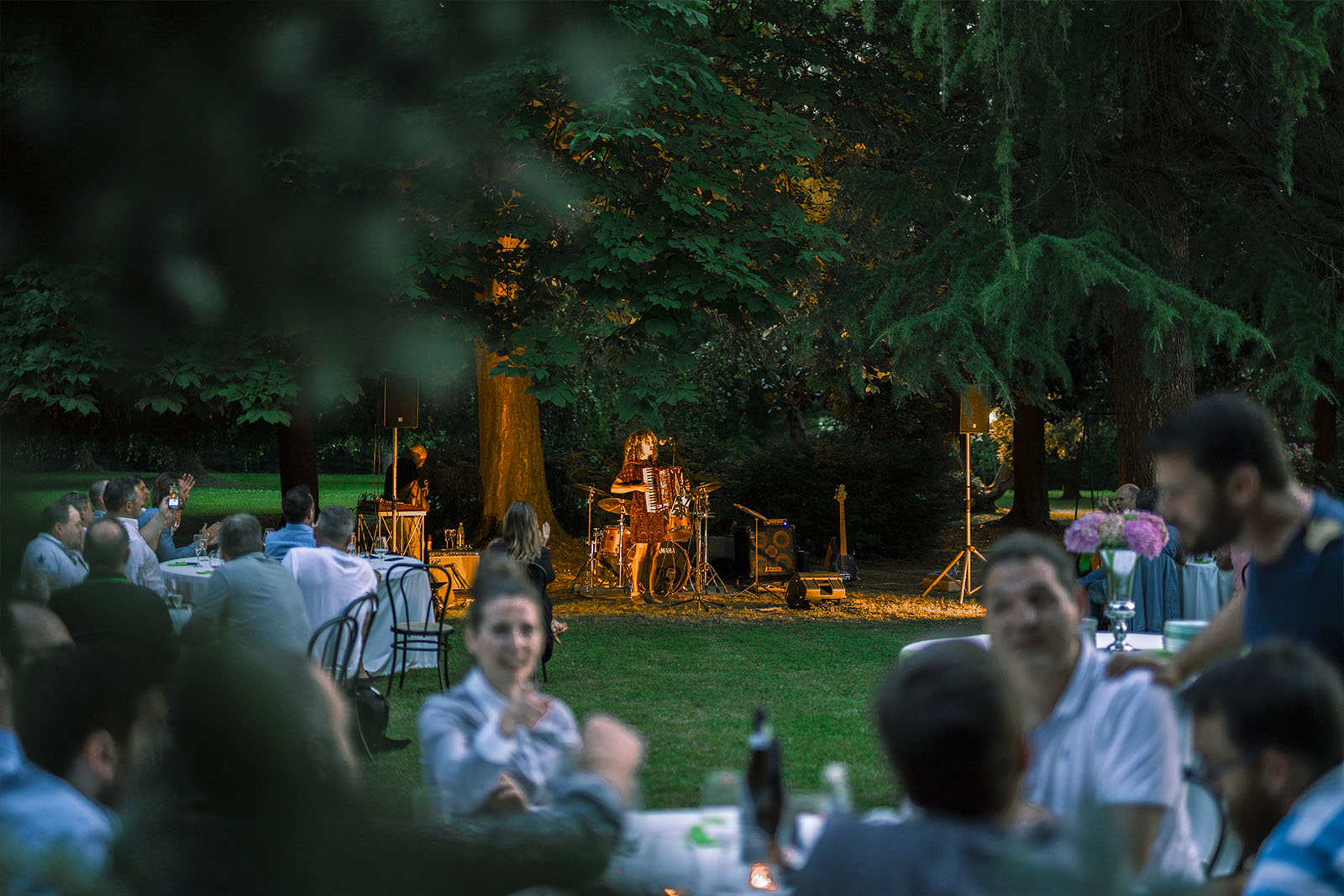 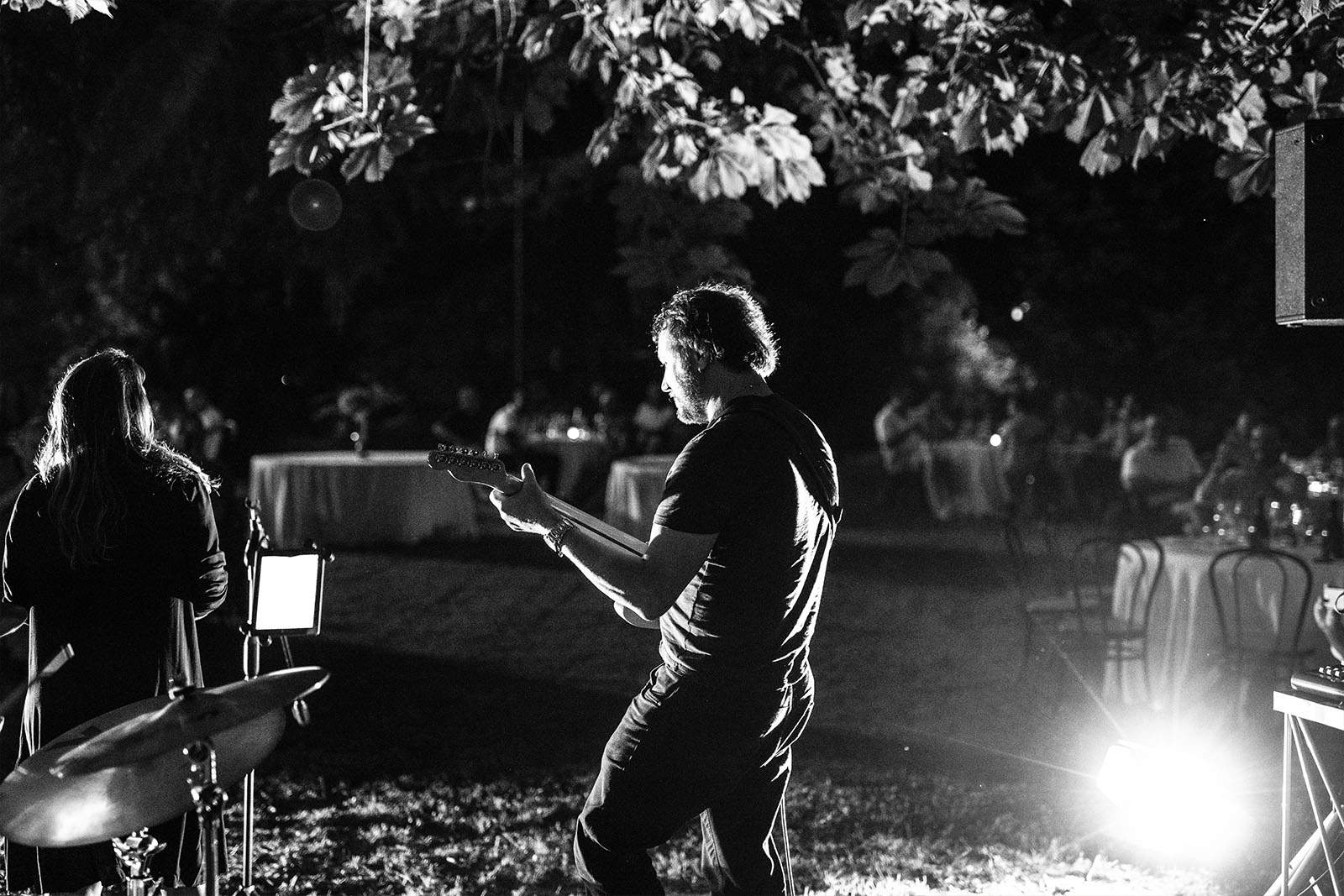 Our navigation went on always in full respect of anti-Covid health measures, taking the Brenta river from its mouth, where, the group with an engineering eye could experience the work of a river looks system invented by the genius of Leonardo Da Vinci: these works on waterways for flood protection and example of stunning hydraulic technology, even nowadays leave you spellbound. Travelling in direction of Padua we could discovered among the fluvial flora a constellation of noble Villas from the time when the Serenissima Repubblica of Venice had reached the apex of its power and magnificence. Where tales and secrets of Doges and well known characters like aristocrats and artists, are intertwined,in an often mysterious way, with those mansions:stories that the Brenta waterway keeps and passes on century after century. Like, for example, Villa Foscari nicknamed Malcontenta ( the Unhappy One), one of the first and most beautiful Palladio’s work, a place with a history of loneliness and betrayals; or Villa Valmarana a sublime example of Tiepolo and Sansovino’s art. Valmarana hosted the final act of Brombal Travelling Experience as well, an open-air dinner in the historical garden with, as a ceiling, a nocturnal sky quilted with stars, together with the marvellous sound of Michela Parolin & her jazz band. In the year of the company’s 50th anniversary, Pietro, Leonardo and Pierpaolo Brombal have gifted the all team with an experience full of emotions and involvement. It was Pietro Brombal, founder and leader of our company, to close the evening with a farsighted wish: “ Perhaps next year we’ll need a cruise ship to welcome our booming team!!”